What Happened At Life Is Beautiful?

Living in Vegas, Life Is Beautiful is all anyone talks about for the month of October. This year, we ventured out to the festival to see what the hype was all about.

I was overly thrilled with the line-up mixing in some of today’s top and new rise musicians, with the classic. I mean..hello, Lionel Richie.

The grounds over-took downtown Vegas which was a nice way to showcase the spot where everything began for the city. I was greeted with a cupcake and balloons to kick off Friday’s activities.

I caught Phantogram, Echosmith, Neon Trees, Swithfoot, The Weeknd, and Kanye! I was thoroughly surprised by Phantogram and The Weeknd. Both bands I’ve never seen before. Crowd pleasures included Echosmith, Neon Trees and Switchfoot who really showcased the power of music. It was in-fact Kanye who left me disappointed. Putting on an average performance. 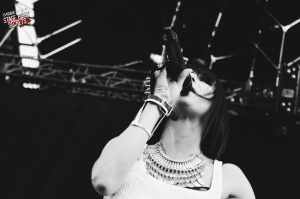 The best part of LIB is all the magical opportunities to take a thousand selfies. With the buildings being painted with street-art. There was no option to not fill your camera roll with the photos.

To Write Love On Her Arms reminded us that reality is in fact real. Having us stopped on the way to the main stage to write down our dreams and fears. A great wake-up to learn more about the non-profit and some of the parts of life that are not beautiful.

Sunday night was a little bit of a drag as most of the bands were playing later and few/far between. Arctic Monkeys, Foo Fighters and Kacey Musgraves ended the festival on a high. Was a wonderful juxtaposition to see a country star closing out a festival that included nothing but pop-rock/electronic music. But Kacey can hold her own.

Thank you Life Is Beautiful for having us! Your festival was splendid.