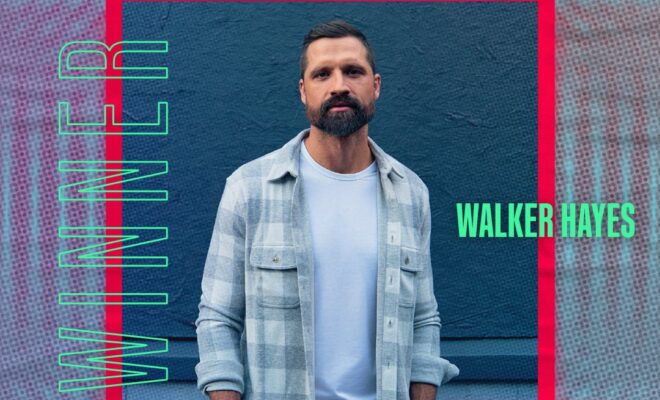 Walker Hayes took home the Top Country Song award at the 2022 Billboard Music Awards for his viral sensation “Fancy Like.”

“What up Billboard Music Awards,” Walker Hayes began. “Thank you for honoring ‘Fancy Like’ as the Top Country Song. Holy cow, we never win anything. So you gave us our first win! Victory!”

“I just wanted to say thanks for honoring us, it’s a huge deal and it’s been a great year,” he added. Hayes gave a special shoutout to his collaborators Cameron Bartolini, Josh Jenkins, and Shane Stevens.

The 2022 Billboard Music Awards will be hosted by Sean “Diddy” Combs. This year’s program includes 62 categories from all genres of music. At 8 pm EST, the event will be broadcasted live on NBC and Peacock from the MGM Grand Garden Arena.

The performers lineup is stacked from pop hitmakers to country crooners and everything in between. Burna Boy, Florence + The Machine, Latto, Maxwell, Megan Thee Stallion, Morgan Wallen, and Rauw Alejandro are set to perform. Silk Sonic and the Red Hot Chili Peppers will also perform. Travis Scott, Becky G, Ed Sheeran, Elle King, and Miranda Lambert were announced as the latest additions.