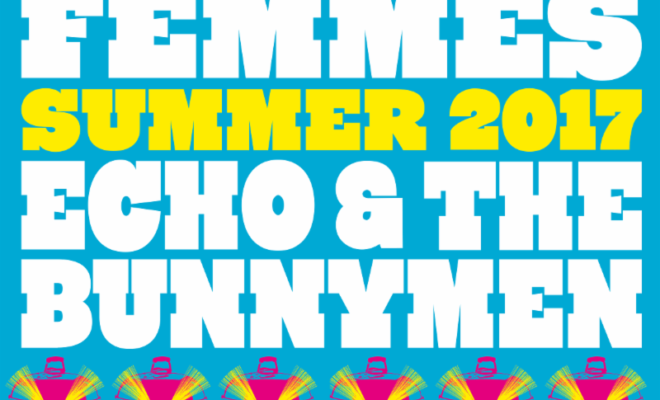 The band is still touring in support of their critically acclaimed album WE CAN DO ANYTHING, which was their first album in 15 years. Violent Femmes reunited at Coachella in 2013 and then in 2016 made their first network TV live appearance in 16 years, performing “Memory” on CBS’ Late Show with Stephen Colbert as well as their legendary song, “Blister in the Sun” with Colbert on vocals. The video was seen everywhere and even became the #1 trending topic on Facebook the day it was released. The Violent Femmes continue to appeal to new generations of fans, and recently found a new fan in author JK Rowling who humorously rated the band 8.5 out 10 on the eclectic Ruth and Martin’s Album Club blog. Violent Femmes are currently recording their new album, which will be released later in the year.

The complete Violent Femmes/Echo & The Bunnymen tour dates are below:

← Previous Story Lauv Releases “The Other” Stripped Version and Announces Tour!
Next Story → Angelica Garcia Announces Spring Tour and Release of “Not A Pipeline”