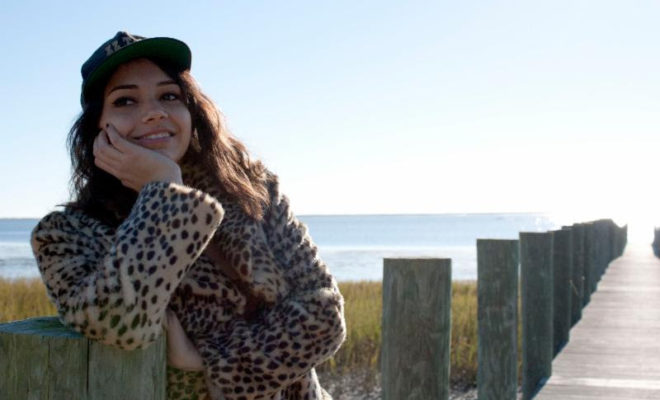 Angelica Garcia Announces Spring Tour and Release of “Not A Pipeline”

Meet 22-year old Richmond-based songwriter Angelica Garcia. Angelica just announced her spring tour which will include stops in Philadelphia, New York, Richmond, and Washington, D.C., where Angelica has been selected as a featured performer for Record Store Day 2017. Alongside the additional live dates, Angelica has shared a powerful new track, “Not A Pipeline,” a reflection on the recent political unrest surrounding the Dakota Access Pipeline.

Garcia has received overwhelming buzz since the release of her debut album Medicine for Birds, earning critical acclaim from The New York Times, NPR, Paste, American Songwriter, Rookie and more. American Songwriter describes Medicine for Birds as, “…a stellar debut album,” while The New York Times praises, “Ms. Garcia sings with muscle and verve, even though her voice remains wide-eyed and never approaches menace.”

Medicine for Birds was recorded by Charlie Peacock (The Civil Wars, Switchfoot) in Nashville. “It’s like the songs grew up at that moment,” Garcia says. “Charlie showed me how big and crazy they could be. I felt like a hermit coming out. He was the ambassador to this sonic realm I didn’t know about it. The music became limitless.”