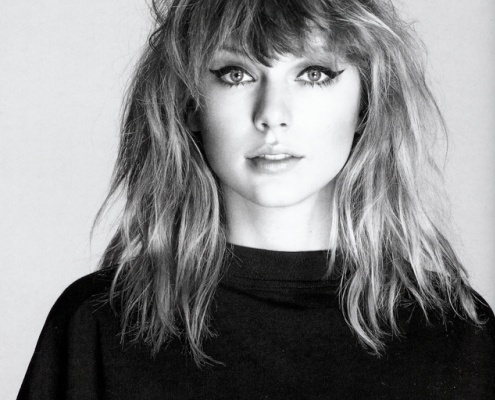 It’s been a big week for Taylor Swift and for everyone else who’s been sitting on the edge of their seats while waiting for Swift’s highly anticipated album reputation. There’s nothing quite like a new Taylor Swift album. You can only listen to a Swift album for the first time once and that first time is a special moment. It’s a moment where you, the listener are hearing songs that will be a part of the soundtrack of your life for the very first time, and soon after, they will become some of the greatest songs to tell the story of your past three years. That’s what so beautiful about a new Swift album. No other artists can capture the experience and beauty of it all as well as Swift. 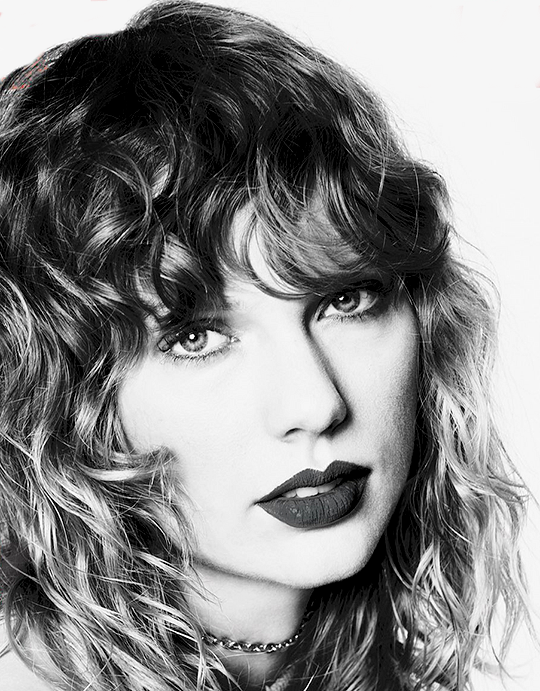 Our experience with reputation was no different than the other albums. Our midnight belonged to new music as Swift handed over her story to us, the listeners. Our first reaction to the album was speechless at best but the more we’ve listened to it, we can give a proper review of each track gifted to us. It’s evident how much growth and experiences the songstress has been through to get to where we are now. The album as a whole is exceptional and one we will have on loop for years to come. So, for a few moments, don’t focus on Swift the celebrity or Swift’s ‘bad’ reputation, focus on the album reputation musically and you’ll realize that Swift isn’t playing around and she’s certainly not over, in fact, she’s more popular than ever before.

We’ve all heard this track by now and it’s a huge opener for an album entitled reputation. It’s a statement piece and one where Swift isn’t playing around. In fact, before the song hits full force, you can hear a soft clearing of the throat by Swift herself, letting the listener know that they are in for a wild ride. It’s a bass-heavy track with Swift whipping out rap-like verses; something we’ve never seen before from the singer. While it’s a different beat and a different sound, we see that it’s a good direction for Swift and her vocals are the best they’ve ever been.

Don’t let the beginning of “End Game’ fool you. While it may start off sweet and innocent, it hits you right in the face with an infectious beat as Swift sings boldly about her reputation. It’s a ginormous song that, without a doubt will become a single at one point. Future is the first rapper featured on a Swift album and he does a swell job but the part that stands out the most is Sheeran’s part. His vocals are exceptional as he lightly raps about the Fourth of July and reputation. Nothing is holding Swift back this time around and this song alone is a reminder to not mess with her.

What we love about Swift is her bold honesty throughout her music. “I Did Something Bad” is one of those outstanding tracks that remind us of “I Knew You Were Trouble”. Needless to say, her feelings aren’t being held hostage on this one and it’s the perfect song mixed with irony and revenge all in one. “I never trust a narcissist,” she sings on the opening line, “but they love me. So I play ’em like a violin and I make it look oh-so-easy.” It’s empowering in a vengeful kind of way, which is what we love about Swift in the first place.

Vengeful is Swift’s middle name on this album. Can we expect anything more? After these past three years and what Swift has been through, we knew this was coming but she plays it well. She admits in a sarcastic tone that boys have been playthings in the past (which is referring to how the media portrays her) but this newfound love is worth having. It’s a highlight on the album vocally and lyrically. So many are busy nitpicking at everything she does that they often forget what a competent and promising vocalist she is. One of the greatest instruments throughout this album is her voice and it proves to be evident on ‘Don’t Blame Me”. 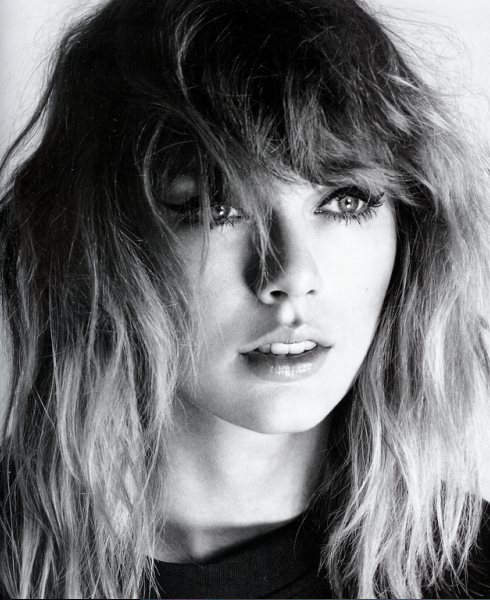 “Delicate” is exactly what you think it would be — soft and delicate. Uncertainty plays the role throughout the song as we just hear Swift’s raw vocals and a piano. Once again, Swift mentions her reputation and wondering if the person she’s writing about can handle it, knowing the situation is delicate. This is where we see Swift fall into a vulnerable state of questioning. Is it too seen to have these feelings? Is what I said okay? Relatable to its core and perfect in lyricism is what “Delicate” is and nothing else on the album can capture its fragility in such a beautiful way.

The lead single from reputation may have come as a surprise for many with its vengeful hooks and sharp lyrics but it’s a grower and something anyone can relate to after losing someone who was once in your life but made you look like a fool. In context, the song makes much more sense and fits the album perfectly with its synth beats and snarky remarks.

Perhaps this one will grow on us. But as of right now, it’s the weakest track on the album and Swift doesn’t sound so convincing in her words. But maybe that’s the point. At this point, we still hear the sense of uncertainty that we heard earlier in “Delicate” but she becomes more certain as time goes on.

We know this one and we love it. It’s a nitty-gritty toe-tapper that will get stuck in your head for days. Are we complaining? Absolutely not. It’s pop perfection.

“Nothing good starts in a getaway car” – a comment Swift makes before the song kicks off. Perhaps that’s true but the song would make us think otherwise. Why? The hooks are incredible and the lyrics are some of her sharpest ever. We sense more uncertainty here but it’s leading to a greater story and the getaway car is what led her there. So, Swift, maybe some good things can start in a getaway car. After all, we were given this monster of a song and driving away from something broken never felt so free.

One of the first songs where we hear the certainty in Swift’s voice. It’s a sweet love song with an unusual rhythm that somehow ties in with the upbeat chorus. If you’re falling for someone, this track is perfect for you. Don’t underestimate the power of Swift’s ability to craft a cutesy love song. “Is this the end of all my endings,” she sings in the bridge, letting the listener into her hopeful heart of questioning and believing the relationship could actually work.

There’s a sense of feeling trapped throughout the song, which allows Swift to explain her story in a way only she can. Beats of anxiety and her fast-paced lyrics are a perfect definition of confusion and loving someone in secret. Tension escalates as the beat builds up and it’s one of the most memorable moments on reputation.

Sultry, smooth and breathtaking all at once. It reminds us of an 80’s mid-tempo pop song that doesn’t go anywhere like the rest of the album but it is quite possibly one of the greatest Swift has ever done. 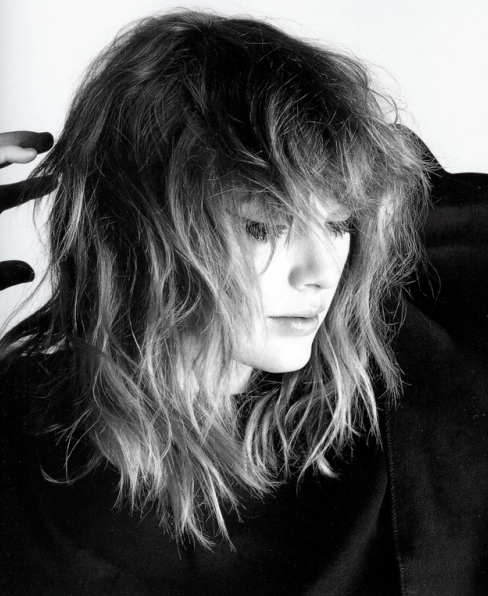 Refreshingly honest and stomping on the haters is the perfect close end to reputation. In fact, it’s probably one of the most defining tracks on the album. Her voice is petulant, sneering with humor and attitude. “This is why we can’t have nice things, darling, because you break them,” she sings with sass. There are so many times in life where people take friendships, trust and worth for granted. Those are all nice things and when they are stomped on, it makes you want to lock your doors and shut them out. Swift explains these feelings exceptionally throughout the song, making it one of the most relatable on the LP.

Throughout reputation, the listener will hear vulnerability, rawness and several moments of questioning but “Call It What You Want” switches the narrative to falling in love and feeling freedom in a relationship you know will last. It’s the perfect reflection on the transformative power of friendships. It’s a love letter as she lets those who once mocked and joked about her that she’s over the pettiness and the drama. The ‘fray’ of her reputation isn’t something she’s concerned about anymore.

Her one acoustic piano-driven track on the album. Tenderness and intimacy is valiant throughout “New Years Day”. While 1989 was an album about finding freedom, reputation is an album that allows you to live in freedom. “New Years Day” brings the album to a full circle moment as we remember Swift as not just a mega popstar but a songwriter at best, which is the greatest part of her DNA.