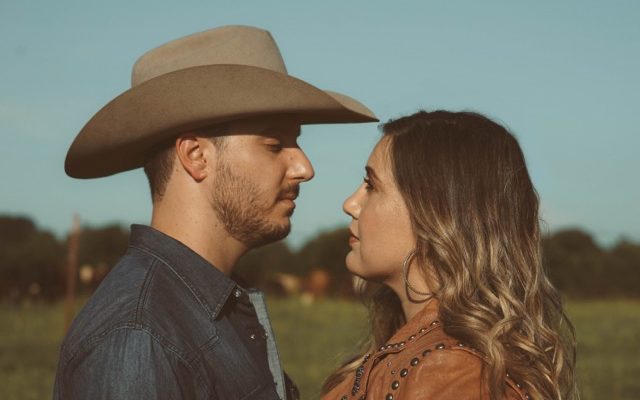 While duo’s are nothing new in country music, there is still room for many to carve their own path in the genre that will stand the test of time. This is what country duo and couple Terra Bella are doing in a major way. You never really realize it when it’s happening but sometimes you come across people that are ready and are already making an impact. There’s always a risk when it comes to being ‘too personal, ‘too vulnerable’ or ‘too mushy,’ but Terra Bella isn’t afraid of those risks. Their fearless in their actions and the songs they write, which is what makes them, well, them.

Joe and Martina Costa aren’t your average country duo. They not only have the ability to write a good song but they also have the ability to write a story in such a way that allows the listener to feel like they are living in it with them. Lyrically, the duo is wise beyond their years. Musically, their sound and their harmonies together is what makes Terra Bella infectious to listen to. They are as honest as they come and it’s evident in their new single “Before You”. Once you hear it, you can’t unhear it and that’s a beautiful place to be in, knowing the sound and the words are making an impact that will last forever.

They may have been gotten kicked out of their very first band together due to being ‘too mushy,’ but they believe everything happens for a reason and why they are where they are today.”Getting kicked out of that band has allowed us to explore music together as a couple and as a duo in a different way. It makes sense to us and everyone around us. We don’t need to be a band and it’s given us a lot of freedom to turn our sound into what we want it to be,” says Joe Costa. If it weren’t for falling in love, getting kicked out of a band, and discovering their harmonies together, we wouldn’t have the beautiful melodies of Terra Bella. While they may be small now, we wouldn’t doubt if they made a name for themselves with the bravery and fearlessness to remain themselves in a cutthroat industry. 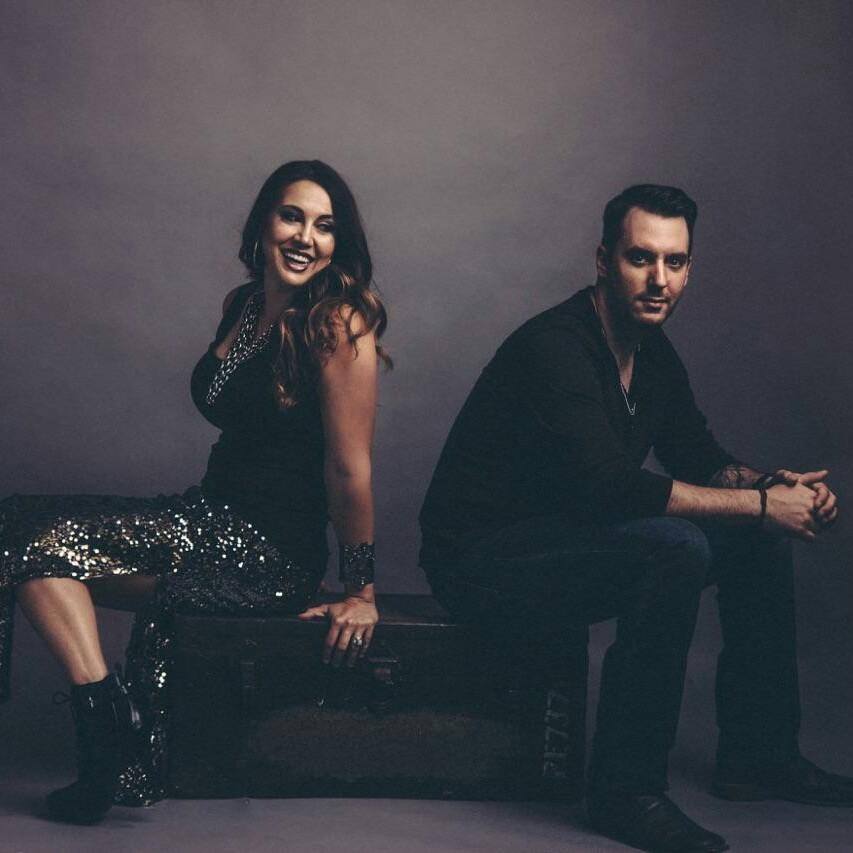 We had the honor to talk with Joe and Martina about their sound, their new song “Before You,” touring and country songstress Kelsea Ballerini. Check out the interview below and pick up their single “Before You” right now on iTunes.

Stage Right Secrets: How did you two start making music together?

Martina: Both of our careers starting out different. Joe knew he wanted to be in music since he was nine years old, and I was just a karaoke singer who wanted to take her career to the next level. I found Joe on Myspace and was looking for free guitar lessons but the love between us happened before the music did. We fell in love and then found ourselves singing along together. After several times singing around our friends and campfires, our friends kept telling us that we would be good singing duets together. We then took it from there and it has continued to grow into something amazing.

SRS: How do you both describe your sound and your lyrics for those who have never listened to you before?

Martina: Authentic. Everything we put out there has come from our own life experiences whether it’s from before we met or something we were trying to figure out when we were dating or even what’s happening now in our lives. Everything we sing about is real and authentic. It’s true life.

Joe: From a sound standpoint, if we were a house, the foundation would be traditional country like Merle Haggard and George Strait, and on top of that is the framework of rock-n-roll and the outer shell would be modern country. We’re influenced by so many things sonically and that’s the best way to describe it if we put it all together. 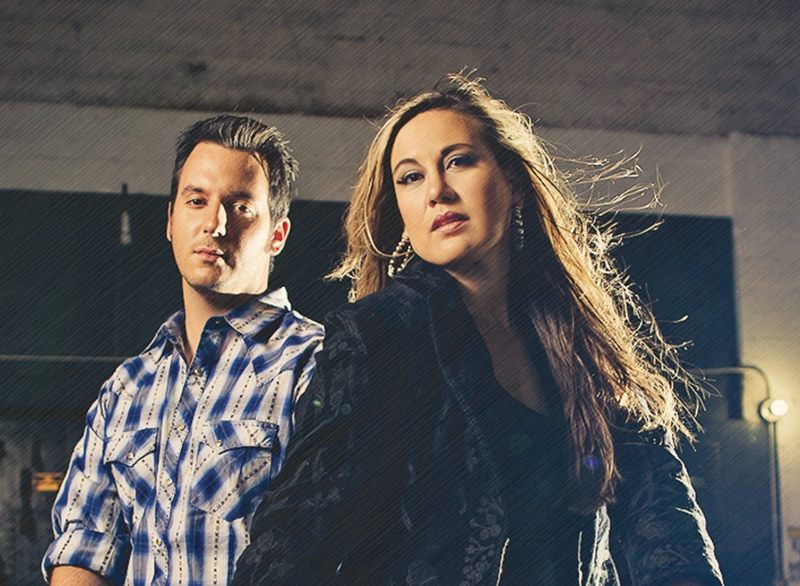 SRS: What was the writing process like for your new single “Before You”?

Joe: I wrote the song with Rob Williford (“Hey Mama”). I have a great relationship with him and he’s a great lyricist with great ideas. The thing I remember most about writing the song is starting the song with him after he made a quote from a romantic comedy. After that, we started throwing around ideas and got to talking about how meeting the one changes you. Through the process of writing the song, I got thinking about my life with Martina and how being with the one makes you a better person.

SRS: What’s the response been like so far for “Before You”?

Martina: Everyone has been in awe of how much growth there has been musically and lyrically the both of us have shown in the song but most importantly, we’ve continued to be the same people we have always been. The response has been incredible from everyone who has known us from old fans to knew fans and everyone in between. It makes the two of us super proud and we are so excited for what’s next.

SRS: What can we expect from your upcoming album? Is there an underlying theme?

Martina: We have new music in the works. Our plan is giving it to the fans as much as possible. Instead of a full album, we want to give the fans a single a month. We want to keep the music coming for them. Every month, our fans will be anticipating a new song instead of an album.

Joe: We’re record an album but we’re releasing it slowly. Maybe after the songs are out, we’ll package it and make it into a full album but until then, this is our plan for right now. We’re excited about it though. We have a variety of songs from upbeat and fun to more mid-tempo tracks like “Before You”, which will showcase the whole Terra Bella package.

SRS: You both are extremely vulnerable in your music, especially in “Before You”. Is that challenging?

Joe: It can be slightly challenging. Sometimes being authentic is going against the grain of what the rest of your genre is doing and that’s a scary thing to do. But going with that’s popular now is not who we are as a duo. I would rather fail at being the real me than skate by being someone I’m not. Our lives are intertwined with the music, which makes our lives all the more interesting. But the vulnerable and authentic people you see on stage are the same people you will see off stage.

Martina: Authentic means that you’re putting it all on the line. You’re putting your heart out there and it’s vulnerable. Sometimes that’s a terrifying thing. In order to be truly authentic, you have to be vulnerable and strong all at the same time.

SRS: You recently met Kelsea Ballerini. How was that?

Martina: It was a very unexpected thing. We were there for a morning show and we found out that Kelsea was going to be there. We met her and she was gorgeous and everything her fans see her to be. She was so kind and has a beautiful heart. What was inspiring to see is the girl boss that she is. She was business when she needed to be and when she wasn’t doing business, she was full of energy and so much fun to be around. She’s one that’s moving mountains and deserves all the success she is receiving. 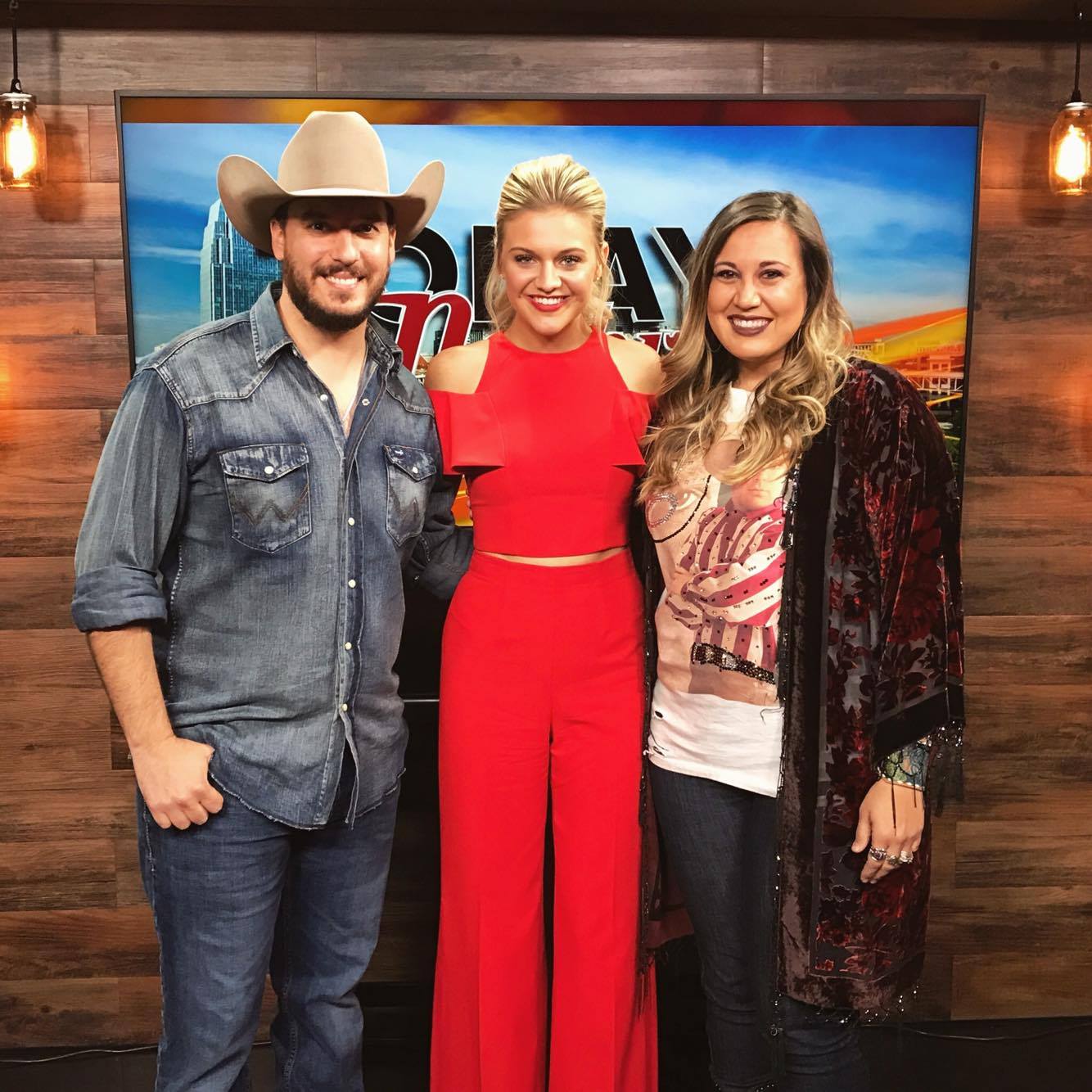 SRS: What does touring look like for the rest of this year?

Joe: We are doing a west coast tour this winter. The first show is November 10 in Oklahoma and after that we head to California and playing up and down the entire state. We’re very excited to play and hopefully in early 2018, we’ll play some shows in Nashville and surrounding ares.