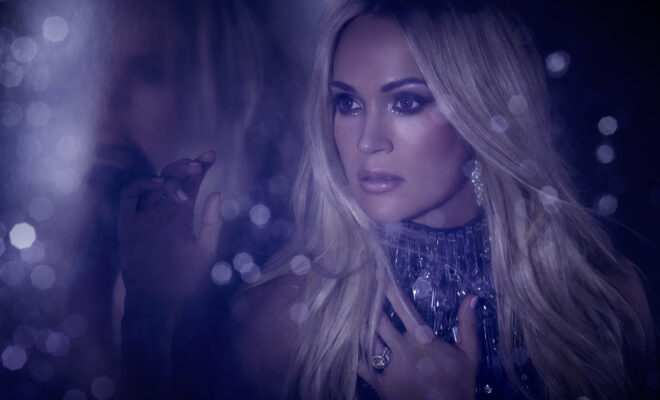 The Story and Inspiration Behind ‘Ghost Story’ By Carrie Underwood

Carrie Underwood ushered in a new era with her latest single, “Ghost Story.”

The country-Christian singer released the new song on March 18. Underwood co-produced the track with David Garcia, who co-wrote the song alongside Josh Kear and Hillary Lindsey. The trio came up with a new spin on the classic timeless concept of a scorned lover out for revenge. She said that the minute she heard the song, there was no doubt that she just had to record it.

“The song is hauntingly beautiful,” she added. “[It] has a really wide range and amazing melody and just tells this really cool, cinematic story of how this guy is never going to be able to let go of the girl he let go of because she’s just always going to be haunting him. He’s going to see her everywhere. He’s gonna want her back but she’s moved on – sorry man.”

She continued, “I loved this song, I loved recording it. It’s challenging vocally, but I like that. I feel like it’s just a really awesome song and I’m glad they got together to think of me while they were writing one day.”

Underwood noted that the song is nothing like she has recorded before and that it is extremely vocally challenging. She wanted a song with cinematic imagery and this definitely delivered. Hopefully, fans will get a music video for it soon to tell the visual side of the story.

Listen and watch the lyric video to “Ghost Story,” below.

You’re gonna see a shadow
Midnight playing tricks with your head
A silhouette float down the hallway
And you’ll reach for the light by your bed
You’ll hear a noise, swear you know the voice
And you’ll chase it down the stairs
You’ll look around, not a single sound
‘Cause there’s no one even there