Having been a fan of The Maine for years, I have been dying to hear their holiday EP performed live. Every year on December 1 I blast Ho Ho Hopefully; it’s my yearly tradition to kick off the holiday season! I was jumping for joy when they announced that they would be performing a holiday show at the Chain Reaction in Anaheim. They were scheduled to play … And A Happy New Year front to back and my fangirl dreams were finally coming true.

The venue was the perfect size to play an intimate show in. The Technicolors, labelmates with The Maine, was the opening act and they brought good ol’ rock and roll. Having only known one song, I was thoroughly impressed with how much energy they brought into their set and how much passion they played each song with.

The Maine finally took the stage and they were all decked out in festive wear. The boys had lightbulb necklaces and the lighting setup was pouring out green and red. They started the set with ‘Another Night On Mars’ which I was surprised to hear as an opener, the song fits perfectly as a closer talking about friends and camaraderie but it set the perfect tone for the night. Following after was ‘Right Girl,’ ‘Diet Soda Society,’ and ‘Misery.’ They played through fan favorites from their entire discography, even breaking out some old ones such as ‘Everything I Ask For’ and ‘I Must Be Dreaming.’ My favorite was when they played ‘Bliss’ off their B-Side of Forever Halloween. Halfway through the set, lead singer John Ohh started talking about the holidays and how grateful he was to be able to do what he loves as a living and we all knew that they were about to break out their holiday songs. He talked about how it had been years since they wrote and recorded these songs but they wanted to do something special for the fans and it was the perfect occasion to bring ‘holiday cheer.’ They started with ‘Ho Ho Hopefully’ then slowed it down for ‘Santa Stole My Girlfriend’ and picked it back up for ‘Mr. Winter.’ We were all expecting them to play their cover of Wham!’s ‘Last Christmas’ but instead they had the song on playback in the background while the guys goofed around onstage and John talked about how he didn’t know why they chose to cover this song. The band was in a great mood throughout the night with John constantly asking fans in the crowd if they were okay and making jokes about how he was too old to keep up with the lingo everyone uses nowadays.

Once the holiday songs were done they hyped things back up with ‘Like We Did, ‘English Girls,’ and ‘Growing Up.’ They closed out with the anthemic ‘American Candy’ and it closed out the set perfectly bringing just the right amount of rock and jumping around.

I have seen The Maine probably at least a dozen times now and every time they continue to impress me. They sound just as good live and they always change up the songs to make it new and fresh for fans. You can see from their performance and energy that this is what they are passionate about and that they love every minute they spend on stage. They pour all their energy into putting on a fun show for the fans, and they accomplish this every time. The boys truly care about their fans, taking the time to do meet and greets every night, and they promise to never charge for it. They talk to fans like they are talking to friends and most fans have stuck with the band for years.  The Maine just continues to get better as time goes on and I highly recommend catching them on the American Lines tour next spring in 2016 with Mayday Parade!

Some photos I was able to snap throughout the night! 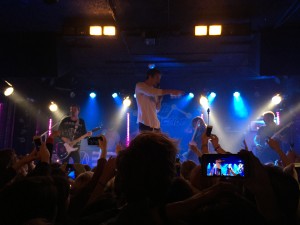 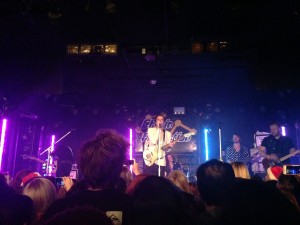 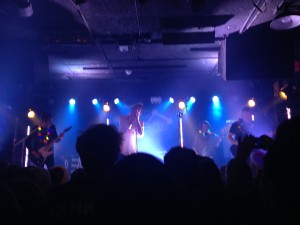 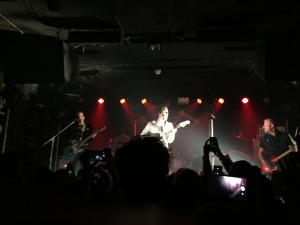