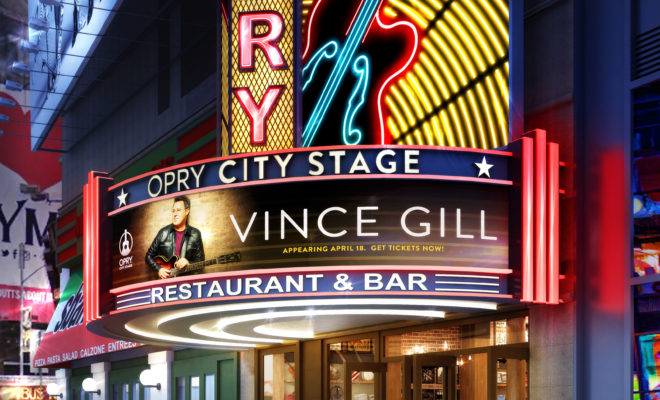 Set to open in April 2017, Opry City Stage will share the best of Nashville food and music, including live entertainment, simulcast performances from the Grand Ole Opry House and more in a two-floor bar and restaurant space. A world-class listening room and private event space will occupy the fourth floor, and the ground level will hold the complex’s retail area featuring many of Nashville’s signature brands.

The fourth-floor listening room will feature an array of programming, including curated performances from Music City’s famed songwriting epicenter, the Bluebird Cafe, made possible by a licensing agreement between Ryman Hospitality Properties and the Nashville Songwriters Association International. The relationship extends beyond the Times Square property to include future venues, touring products, sponsorships, and ecommerce opportunities. 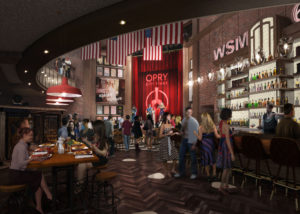 “We are tremendously excited that two of the most compelling entertainment brands in Nashville—the Grand Ole Opry and the Bluebird Cafe—are embarking on this partnership to share our unique styles of entertainment in New York City and beyond,” said Erika Wollam Nichols, president and general manager, Bluebird Cafe, Inc. “The Opry and Bluebird have each developed a wide base of loyal fans who are wildly passionate about and respectful of the music, both in our longtime homes of Nashville as well as when we have stepped outside our Nashville footprints for special shows on the road. Our songwriting community is part of what makes Nashville so great, and we simply can’t wait to entertain rooms full of New York City listeners, introducing them to Nashville and New York-based writers alike.”