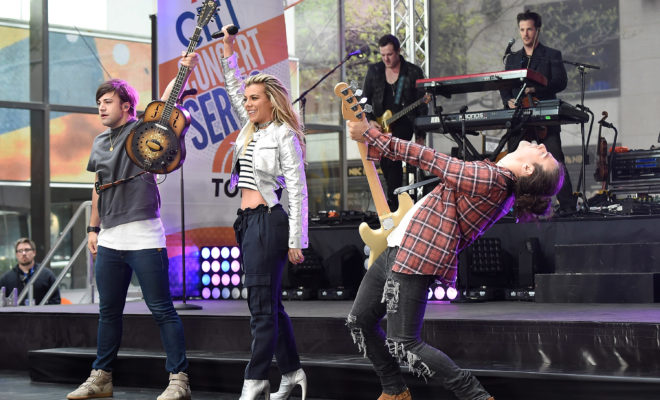 We are only a couple months away from hearing The Band Perry nonstop and it’s for a great cause!

The sibling trio just announced that their single “Live Forever” will be the official song of Team USA at the 2016 Summer Olympics in Rio de Janerio.

The Band Perry stopped by NBC’s TODAY to perform the song as part of the Citi Convert Series on TODAY.