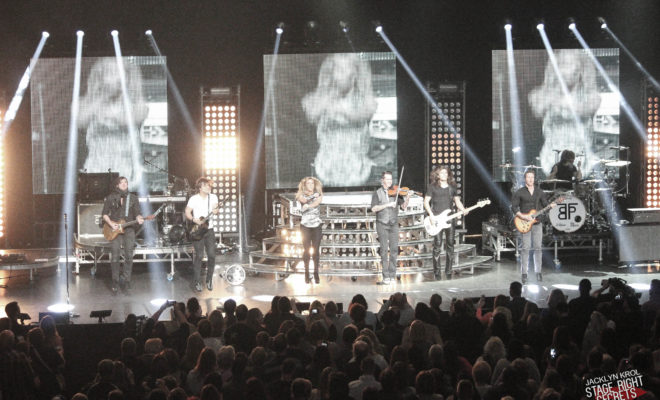 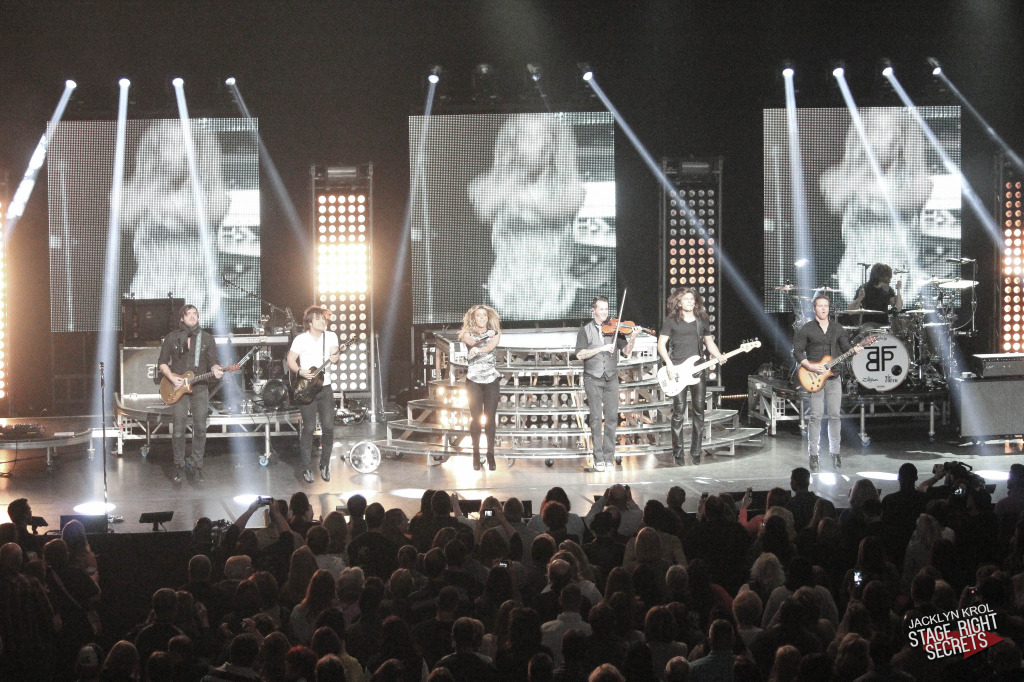 The Band Perry recently performed at Horseshoe Casino and they sure know how to make country headbangin’ and have a rock flair. Regardless if you’re a country fan, there was no way you could have left the arena without a smile on your face.

Ruthy Collins opened up the show with her golden voice.  Definitely be on the lookout for her, I see her doing great things in the future and will definitely be downloading her debut single.

The Band Perry… For once I don’t know where to begin.  I’ve only seen them at events, press conferences, or as opening acts.  I had no idea they would be this phenomenal with their own headliner. Before stepping on stage, they had three screens depicting a story and countdown for the fans.  The second they started singing, the crowd went nuts; so much so my ears still hurt while writing this.

The three siblings could not be more pitch perfect, their harmonies are synchronized beautifully.  They sound better than the album.  And yes that is possible.  Their stage presence is a whole thing in it of itself; I would pay to just watch them talk.  They really know how to engage a crowd and make it more intimate, even with thousands of people in attendance. They are always checking on the fans and getting their attention.  Their passion to put on a good show is amazing – You can see in their eyes that the stage is where they belong and every time they get on a stage, they are humbled to do so. Their stage presence is not only admirable but genuine. Their emotion is raw and they want to be right there spending their life on the road which can’t be said for some musicians. 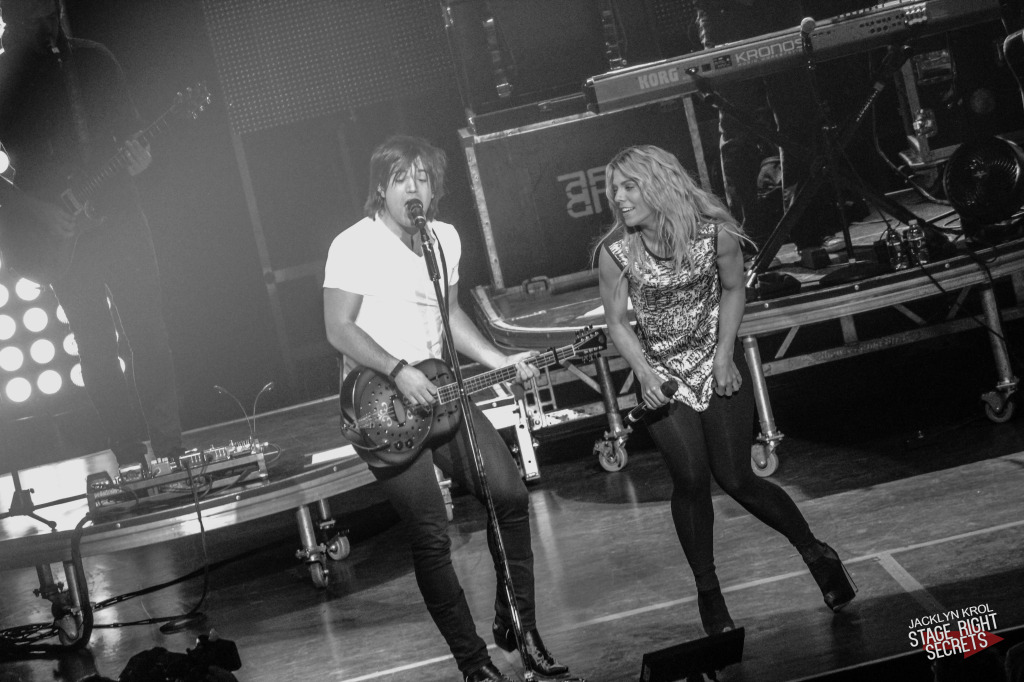 Their back up band is equally as talented.  They actually feature them with lights (and not the typical background performers in the dark wearing black).  Their violinist even did a solo of “Paint It Black” that was phenomenal.  The way they introduced their band was creative and innovative and other musicians should take notes from this trio.

At one point in the set, the band sat down and did an acoustic song. However, it almost seemed like they wanted to stand up and get closer to the fans.  They run around their stage like it’s a playground and they’re always on their toes switching microphones, hair flips, dancing, etc. Reid’s hair flip is the best by the way! Their banter in between songs is what makes them so personable on stage – Neil saying he puts the man in mandolin was a highlight for me.

Their “Pioneer” speech was something that can’t be put into words, you just have to experience it for yourself. Let’s just say that everyone was cheering and standing up by the end of it.

Reid’s birthday was the day after the show so the entire crowd sang for him and Kimberly explained her enthusiasm for birthday cake. The band then covered something I didn’t even think was on their radar, “Timber” by Pitbull and Kesha.  Neil rapped and he did so fantastically! 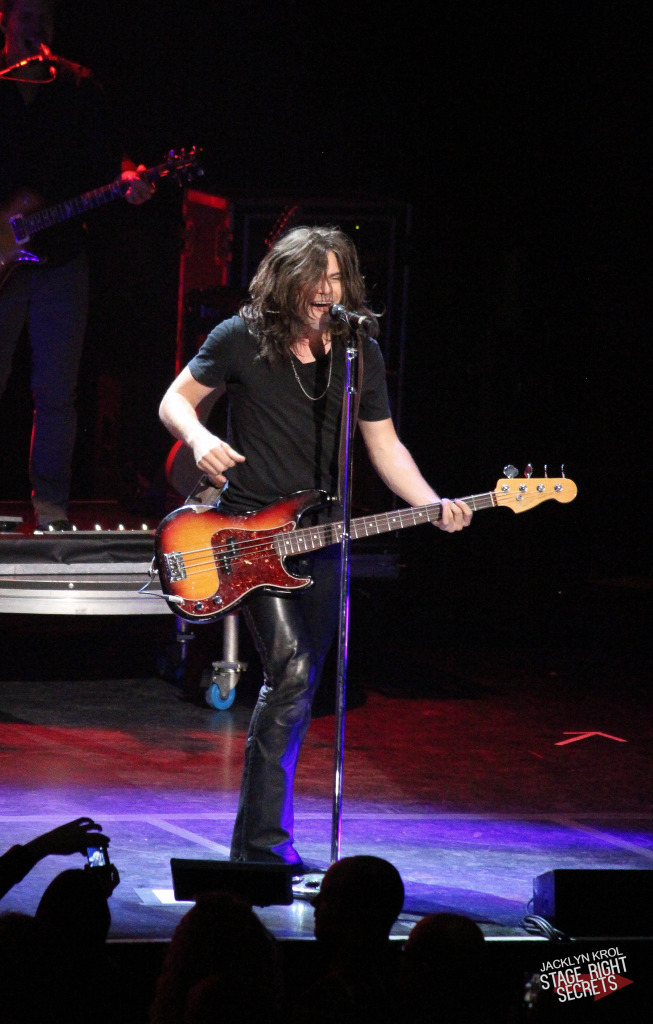 Finally, Neil took lead vocals and covered “Fat Bottom Girls” to everyone’s delight! Neil hits incredibly high notes in a falsetto I never thought a female let alone a male could do.  Reid made the bass solo happen and it was the coolest bass guitar solo I’ve seen.  The last song was “Better Dig Two” and the audience was even stomping along and dancing in the aisles.  They pulled out three drums and did a complete drum trio solo which might have been one of the greatest things ever witnessed. This show was definitely in the top 5 greatest live performances I’ve seen.  They brought the passion I haven’t seen in a long time out of bands, they put on a production that shows people still have passion for music and are grateful for the fans supporting them. Thank you Kimberly, Neil, and Reid for reminding me my love for music.

← Previous Story The Matches Talk Vinyl, Reunion Shows and More!
Next Story → Interview with Ricky and Rudy From So You Think You Can Dance!