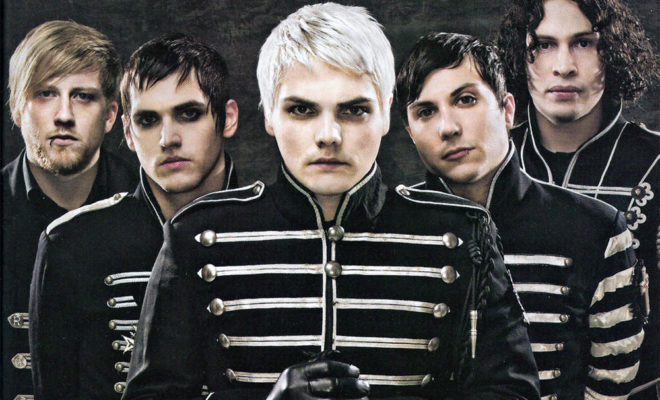 That Day Everyone Thought My Chemical Romance May Be Back…

It was just a flag with a date on it… or was it?

It was a news that no one was expecting, and it was so vague that everyone went crazy.

It had been three years since My Chemical Romance‘s front man Gerard Way had announced their split when a cryptic video was published on the band’s Twitter account on July 20, 2016.

Its content? A 30-second clip showing a flag blowing along to the piano intro from their 2005 UK #1 hit “Welcome to the Black Parade,” and ending with a date, 9/23/16. Along with the video, profile pictures were updated, and new shirts were put up for pre-order.

Fans went frenzy, imagining the best possible scenarios: a reunion, a new album or even a tour.

But some smart ones thought better and refused to get excited until they found out what the band was really up to. And they were right to do so. A day later, the band shared a brief update on Twitter, denying any plans for a reunion.

However, they will be re-releasing their iconic album, The Black Parade. The album had gone platinum after its 2006 release and reached No. 2 on the Billboard 200.

According to Entertainment Weekly, the album will contain “previously unreleased demos,” that never made the album’s final cut.

Thank you so much for the love. pic.twitter.com/3wv6G7CXIk