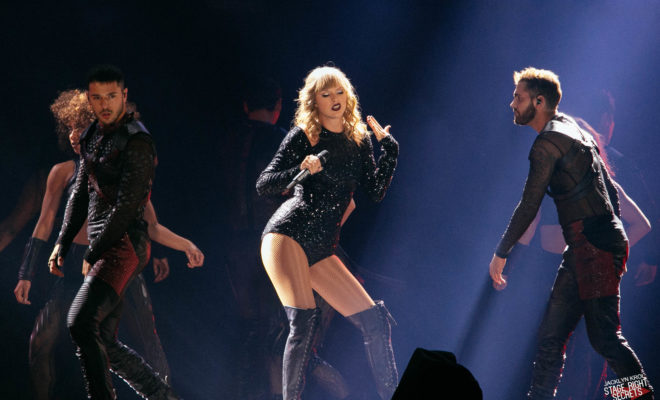 Taylor Swift’s reputation Stadium Tour broke too many records to list (to view all of them click here). The superstar turns 29 years old today, and on the thirteenth day of her birth month, has announced that she will be debuting her reputation Stadium Tour live concert special which was recorded earlier this year at her Houston, TX shows.

The trailer dropped and fans were swift to take their feelings to social media. The movie debuts on Netflix’s streaming platform on December 31st (New Year’s Eve). The New Years Day reference made fans all the more excited that the movie is coming sooner than expected and on a Swiftie holiday! We’ll be cleaning up bottles after watching this film on New Years Day!