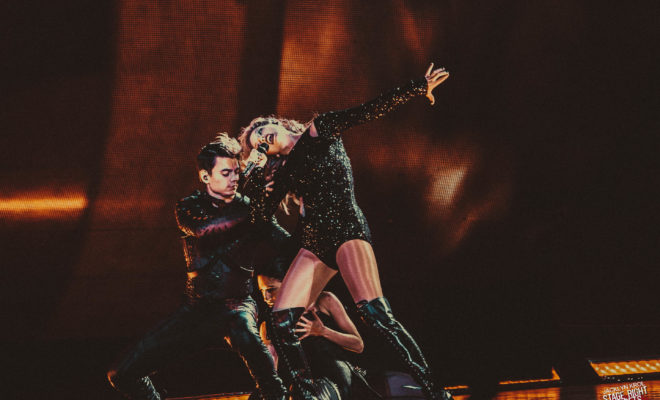 If you’re a Swiftie and you’re currently up at an ungodly hour reading the updates from Taylor Swift’s last reputation Stadium Tour date, I’m with you. Taylor performed So It Goes… for the second time live ever, making Tokyo night two the first time she performed her album reputation in its entirety. To make our hearts break more, she performed Wildest Dreams acoustically. Taylor spoke to the crowd numerous times during the show. Swift said, “So this tour has been in ways I think I can’t really explain… it has been one of the best things that has ever happened to me in my life. I feel like I started as one person and at this point I feel like a different one. And that’s because of you.”

Check out some of our favorite moments and updates below!

📹 | And all at once you are the one I have been waiting for 👑 #repTourTokyo [@howyougettheguy] pic.twitter.com/PsZgde8Kjm

That was loud af, kudos Tokyo you SNAPPED. #repTourTokyo pic.twitter.com/7F9ZXN9p1X

📹 | Charli and Taylor’s final hug after singing Shake It Off together – tour buddies from the start 💖 #repTourTokyo (via @babyouremyqueen) pic.twitter.com/Z8eh5w0RRa

“these are crowds that we never even though we’d get to be in font of even in our Wildest Dreams” #repTourTokyo pic.twitter.com/brenljcTJI