Crazy, out of their minds, completely insane, there are many words that could describe Jamie (drums), Benjamin (guitar/voice), Braden (lead singer) and Daniel (guitar), but the best word of them all would be Awesome…. or Aussies.

Yup, you read that right, I went down under in Australia to bring you this month’s Sounds From Outside The States

Masketta Fall are an up-and-coming 4 piece pop rock band from Melbourne, Australia. Formed when the guys were in high school, the band has released two EPs available on iTunes, as well as an acoustic version of their latest EP,“Parachute”.

The four guys have taken influence from pop heavyweights including Panic! at the Disco, Good Charlotte, and Simple Plan, whose fans should really like Masketta Fall. While the band’s strength lays mostly in their slow-burning songs, like “If Today Could Last Forever,” Masketta Fall has grown a strong fanbase thanks to their more catchy songs, including their latest hit“Parachute”. 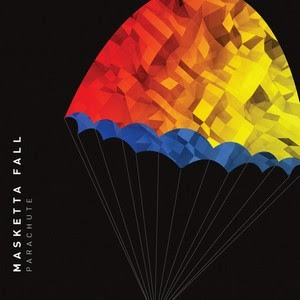 Aside from their ‘LOL’ cover which already counts more than 2 million views on Youtube, they also just released their music video for “Let There Be Light”, that shows just how crazy they can get and just how much they enjoy every single day on the road. Part of the video was filmed during their performance at the Vans Warped Tour in Melbourne on December 7th.

Sounds From Outside The States #1 Auryn (Spain)