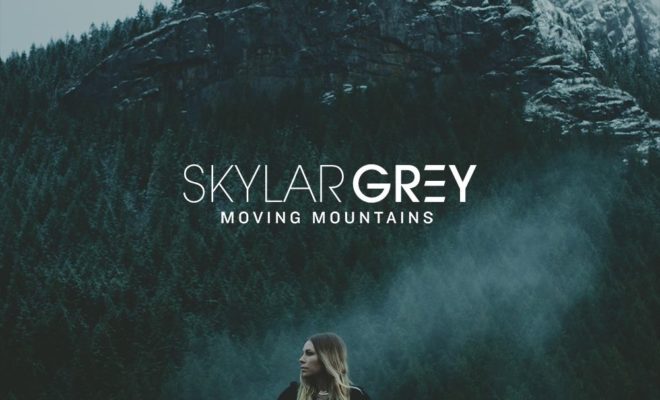 Grammy-nominated singer and songwriter, Skylar Grey, recently released her new single, “Moving Mountains” via digital outlets. The song was written by Grey and produced by Mike Elizondo and Mark Batson. Grey took inspiration for the song from the mountains in Park City, Utah, where she resides. The single follows her last track, “Cannonball,” which featured Grey’s labelmates, X Ambassadors.

Grey also premiered the music video for “Moving Mountains” on Vevo. The video features the singer in a snowy landscape with her performance of the song on an acoustic guitar. Commenting on the video, Grey said, “Most of my life I’ve let ambition get in the way of happiness- too focused on the future to enjoy the moment. Now living in Utah, I’ve realized the importance of taking the time to sit back and appreciate a mountain view. It’s amazing how just being present has the power to elevate your mood.” The video was directed by Peter Harding, who also directed videos for Justin Timberlake, Tori Kelly, and Ryan Bingham. Watch the video here!

Grey is currently on tour with Atlas Genius through the end of April. To keep up with all things Skylar Grey, visit her social media handles below!