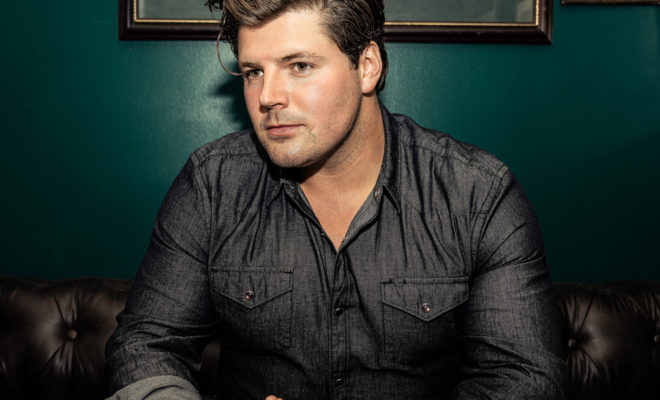 Stage Right Secrets spoke with Robert Counts to talk about his new single, quarantine, and what’s next. Read our exclusive Q&A, below.

Walk us through the creative process behind “What Do I Know”?

Well, that morning I was scheduled to write with Michael Hardy and Jake Mitchell, two songwriter friends in Nashville…we sat down and I kinda started strumming through this chord progression on my guitar. It was kind of a muddy southern-rock sounding progression that reminded us of Hank Jr. We then started kicking around that title… “What Do I Know”? We thought it might be cool to write a song about all the things you’re taught as a kid who grows up in a rural part of the country…and then sum it up at the end of each chorus with the kind of colloquial humble-brag of “ah, but what do I know..?” We immediately started rattling off any advice, admonishments, or rules-of-thumb we could remember hearing a lot as kids growing up in the south… lines about waking up early, workin hard, saving a little bit of your money, carrying a pocket knife, and not shooting your mouth off if you’re not prepared to back it up. It started off as kind of a joke, but we quickly realized that some of these ideas we were throwing out, although simple, were actually great thoughts. These ideas had greatly shaped the men we had become into our adult years…and we were proud of that.

Taking it back, what made you fall in love with music?

Honestly, I think I fell in love with lyrics before I fell in love with music. I remember listening to artists like Bob Seger, John Mellencamp, Travis Tritt, Alan Jackson in my parent’s cars growing up and it was always the words that they chose to tell a particular story that I found the most interesting. I’m a fan of simple, straightforward, conversational storytelling…find the shortest, most poignant, distance between two points. It’s always amazed me how the perfect ordering of words can evoke emotion in the human spirit. THAT is what I fell in love with. I fell in love with music much later in my life. I realized that a song without music is really just a poem…and, in my experience, it’s always been cooler to play a song than read a poem. People don’t go to a Springsteen show to hear him read a poem…although, his writing can sometimes be quite poetic… they wanna see a show. They wanna hear him deliver a song! There’s something truly magical that happens when you watch an artist that can walk out to the edge of a stage, armed with nothing more than a guitar and a microphone, and deliver a lyric that moves people. For me, it was seeing a lot of these artists actually PERFORM their songs that made me wanna learn to play guitar and really ignited my love of music.

What specifically drew you to the country genre?

The songwriting. Like most folks, I love a good story. Country music has the best stories.

How did you get into songwriting?

I had just moved back home after college and was in the process of taking the MCAT and applying to medical school. Writing songs and playing my music live had honestly just been a hobby up to this point. It was the summer of 2011 and I decided to enter this local songwriting competition at Puckett’s Bar and Grocery in downtown Franklin, TN. It was an amateur songwriting competition that ran the whole summer. You had to have a new song each week and come down and play it live for the dinner crowd each Tuesday night. The crowd would pick the best song/songwriter to move on to the next week of competition. I didn’t have a huge repertoire of songs at the time so I ended up having to write a new song every week. I ended up winning the competition which got me a meeting with the guy who offered me my first publishing deal. I then decided to take a year off to dive into this first pub deal before continuing on to medical school. I fell in love with the craft, met a lot of great people, and I never really looked back at medical school…

Do you have a standout lyric(s) that you’re most proud of?

I put out a song called “Backseat Driver” last year and I’m honestly really proud of the verses in that song. I wanted to write from the perspective of a dad helping his son pack his car up as he heads off to college. I wanted the verses to be very conversational. I wanted them to really paint that picture of a dad that knows he has to let his kid grow up and get on with his life, but still wants to linger for just a minute…if only to give a few more pieces of life advice before his son rolls out of the driveway. You’ll have to listen to the song, but I also love how the chorus wraps up with the dad saying, “..there’s a Bible on the dash, and there’s a map tucked in the door. I can’t be your backseat driver anymore..”

Where is the weirdest place you’ve come up with an idea for a song or actually written one?

This is gonna sound completely ridiculous, but I swear one time I wrote a bit of a song in my sleep! I literally had a dream where I was writing this song but when I woke up I could only remember the chorus. I remembered bits and pieces of the verses, but the chorus was totally stuck in my head! Needless to say, it was trash. I’m definitely better at songwriting when I’m awake.

Since most of the country is or was in quarantine, what did you do to pass the time?

Oh, I find it super easy to pass the time. I like to work with my hands so I keep busy with tons of projects I hadn’t had time to get to before the pandemic. I’ve done some landscaping and painting. I planted a garden. I also really like tinkering with old vehicles… and that will definitely pass some time! I did some front and rear suspension work on my 4runner, did a tune-up and brake job on my girlfriend’s car, helped a buddy put a leveling kit on his truck, and rebuilt a steering column on an ‘84 Chevy K10 pickup. I’ve also got a really cool girlfriend and we’ve really enjoyed hanging out together. We’ve been getting up early and hiking in the mornings with our dog, Koda. (he’s an Aussie:-) Honestly, I’ve enjoyed the time off!

Did you find it easier or harder creatively when you were stuck at home?

HARDER. Definitely harder. I’m a guy that likes to be away from the house when creating..too much distraction! I like to get up, make my coffee, and mull over some ideas as I drive into town.

Have you rediscovered or newly discovered any music lately?

I don’t know that I’ve rediscovered or newly discovered anything that I’m crazy about at the moment..I’ve got a lot of folk/americana playing these days..I’m also keeping up with new releases from artists I already follow pretty closely. Honestly, I’ve been getting into podcasts more than anything lately! The Joe Rogan Experience has been keeping me pretty entertained. I also started listening to this other comedian’s podcast called “The Fighter And The Kid”…kind of just stream-of-consciousness, comical takes on current events.

You did a few livestreams, what goes into creating a virtual concert compared to a typical in-person one??

The one thing that took some getting used to was the lack of response (i.e. applause, cheering, laughing, yelling) when ya finish playing a song! Totally caught me off guard the first few times to have complete silence while re-tuning and intro-ing the next song. I found that it really helped to have a rough setlist written out as well as some bullet points on what I wanted to chat about between songs. I can usually just play it by ear based on crowd response. Once I got the hang of this new virtual concert feel, it was all good!