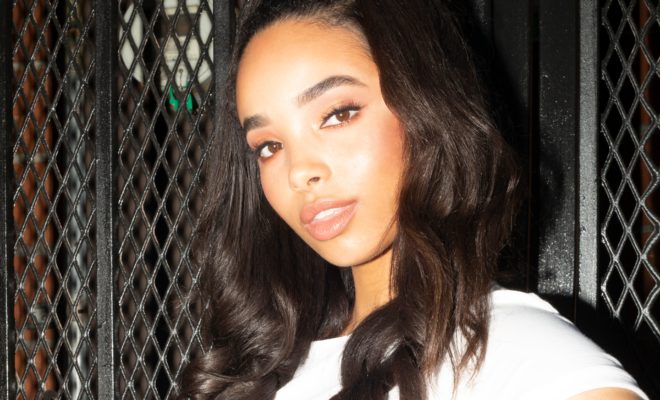 Our Exclusive Chat with Madison Shamoun

Madison Shamoun has worked on iconic TV shows like Black-ish and #BlackAF , now the rising star is making her voice heard during the Black Lives Matter movement. We had the absolute pleasure to chat with her on it all.

I have to say, Black-ish is one of my favorite shows. What was it like on set?
TOO much fun! It was really cool to see a group of people who’ve been working together for years do their thing. They really are a family, so in sync with one another.

You’ve also worked on #BlackAF. What has been your experience like in Hollywood as a black actress?
It’s interesting, I can definitely say I’ve had my ups and downs. People not knowing how to do my hair/make-up, for example. Or hearing through the grapevine that white peers of mine thought I booked a job because casting “went Black”, not because I was talented and right for the job. But I have to say, I’ve also had the unique experience of working with a lot of amazing female directors, and showing up to sets that are extremely diverse, so I feel very lucky in that way.

What is your stance on the Black Lives Matter movement?
It’s powerful! I think I read the other day that BLM may be the largest movement in U.S. History. Things have to change, and so much has already been accomplished, but we’ve still got a long road ahead of us so buckle up!

You missed the new episode of @blackishabc ?! Don’t worry it’s streaming on Hulu 😏

Have you found any differences in working for a traditional network like ABC compared to a streaming service like Netflix?
As an actor, working for the two is surprisingly similar. On a wider scale though, difference can be seen in where and how they shoot and schedule production. For example, #BlackAF went to Fiji in their first season, but a traditional network might find a Fiji looking resort to shoot at in LA, due to scheduling etc. Stuff like that!

You also guest-starred on Disney Channel’s Sydney to the Max. Was that a dream come true to work for Disney?
Yes! 10-year-old Madison was freaking out. I used to daydream about being on a show like That’s So Raven or The Suite Life of Zack and Cody. Total dream come true.

What can you tell us about your upcoming projects, 7 Minutes in Hell and The Restart?
The Restart is a post-apocalyptic pilot I shot back in 2019. I play a girl named Kaia, she’s the leader of the group. It was a lot of fun getting to ride bikes in the desert, and get my hands dirty. 7 Minutes in Hell is a horror film I shot last year as well. I remember reading the script the night before callbacks, and I was scared! I was also home alone, but scared nonetheless!

Happy Juneteenth my brothers and sisters 🖤

You’ve done a lot of theater in the past. Is Broadway or even a music career something we can see from you in the future?
Absolutely! There’s something special about live performance. I love to sing, and I have a list of shows and musicals I’d kill to be a part of if the opportunity presented itself.

What do you think the future of film and television will be?
I was just thinking about this the other day! The industry is constantly changing, and my answer today is already so different than it was at the start of 2020. I think now, in large part due to Covid-19, film might have to make do without overseas shoots. TV will more-so continue to be shot on studio lots, less location-based shooting, so production can control the health and safety of the environment. In general, streaming platforms will continue to grow. I can even see large companies like Amazon buying out movie theaters and taking over releases of big blockbuster films.