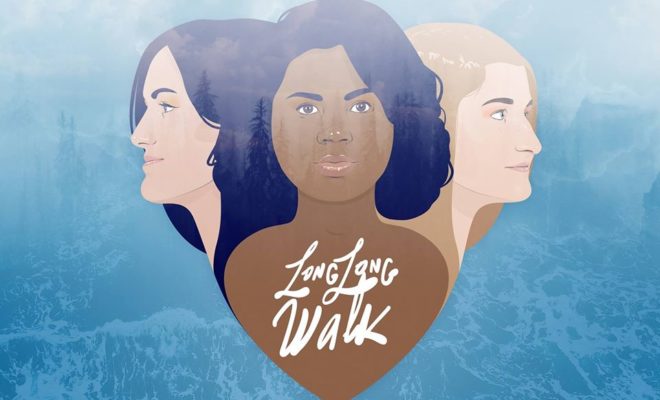 When I first met Grace, one of the founding members of French pop/folk trio Fried Squid, I didn’t know anything about this little adventure she had started with her two friends Lau and Carole a year prior. All I knew is that she had a great taste in music, we were both attending Taylor Swift’s 2011 Speak Now World Tour after all.

It took a few years for Fried Squid to get their names out there, but once they did, things happened very quickly. The girls went above and beyond to spend their summers on tour, performing at some major French festivals.

Soon enough, they grew a large following, and fans gathered above 15,000€ to help fund their first EP Long Long Walk, that the girls just released today!

“Long Long Walk” is bound to be a fresh addition to your summer playlist. Mixing French, English and even Spanish, the 4-track EP is full of catchy and solar choruses that’ll have you up on your feet all summer.

You can stream and buy Long Long Walk on Spotify, iTunes & Google Store.