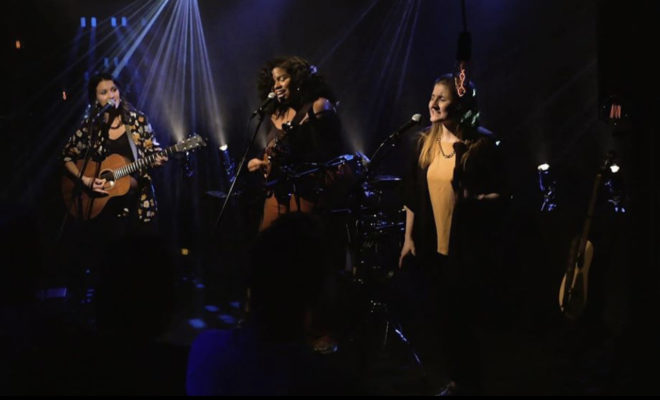 Paris (Doesn’t) Love Fried Squid, Or At Least That’s What They Say

A few months back, Fried Squid had invited our team to the very special acoustic session at the PLUG N’ SHOOT Studios in Paris, France.

Armed with only their instruments, the three girls has performed a full set, getting the dozen of guests to jam and dance along to tunes they had performed in different cities all summer long.

Amongst their setlist was a track that had quickly become a fan favorite on tour, “Paris Ne M’Aime Pas” (Paris Doesn’t Like Me). The catchy chorus of the song, along with the easy hand choreography had had people aged 2 to 102 dancing together in the streets wherever the trio would stop to play.

Today, Grace, Lau and Caro premiered their live performance of the track exclusively on their YouTube channel.

This live captation of “Paris Ne M’aime Pas” marks the last video of an era, for the trio has already announced big changes were to come in the upcoming weeks!