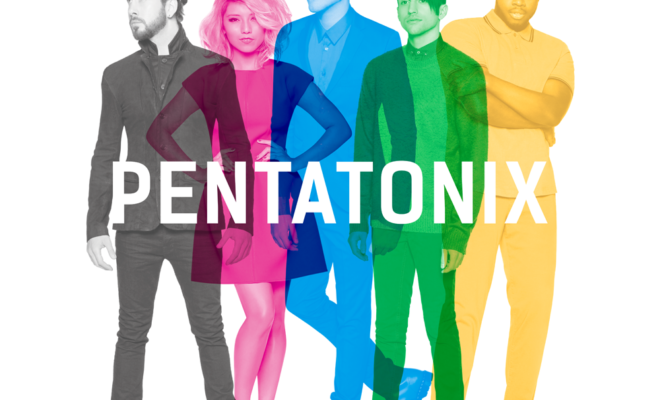 If you would have told me 4 years ago that I would have pre-ordered an acapella album I probably would have laughed in your face. But here we are the release date of the new Pentatonix album and I’ve probably listened to it about 10 times already.

If you know nothing about Pentatonix their an AWESOME acapella group that won the NBC show The Sing Off back in 2011. Since then they have gone to put out a few albums, sign with RCA records, produce YouTube videos with upwards of 1 Million views and oh, win a Grammy. (You know casual) I’ve been following this crew for years and have also been grateful enough to meet them. They are an amazing group of musicians who absolutely love their fan base and I think you can tell in this album that they really wanted to give something that would appease all of their fans.

Pentatonix features 13 original songs and covers, while the deluxe album features thier covers of “Where Are U Now”, “Cheerleader” and “Lean On”.

This album really ranges all over the place, but in a good way! Pentatonix keeps their usual sound making sure that everyone gets a shining moment throughout the album. The flow of the album overall is also very enjoyable. Starting things off light and bubbly with “Na Na Na” and ending on a somber note with the songs “New Years Day” & “Light In the Hallway”

Some tracks to take note of (aka to download right now) are “Can’t Sleep Love”, “Sing”, “Rose Gold” and “If I Ever Fall In Love ft. Jason Derulo” These songs stand out for a few reasons. Mostly they have an amazing arrangement and the sound is enough to make chills run down your spine. “Can’t Sleep Love” & “Sing” both show off the groups incredible vocal talent separately and together. Not to mention both songs make for exceptional Top 40 radio material to be devoured by the masses. Lastly “If I Ever Fall In Love” although be it a cover is just real raw singing and not that kind that you hear at karaoke on the weekend. But true passionate singing that can evoke the strongest of feelings within just a few minutes.

Pentatonix is a great first original album from the group and I think will be a giant stepping stone for them. This album will bring some new fans and general awareness about the group and genre. BTW You can listen to the whole Pentatonix album on Spotify this entire weekend and because I love all of our readers so much I’ve posted it below.

What song is you guys favorite? Let us know in the comments or tweet us @StageRights