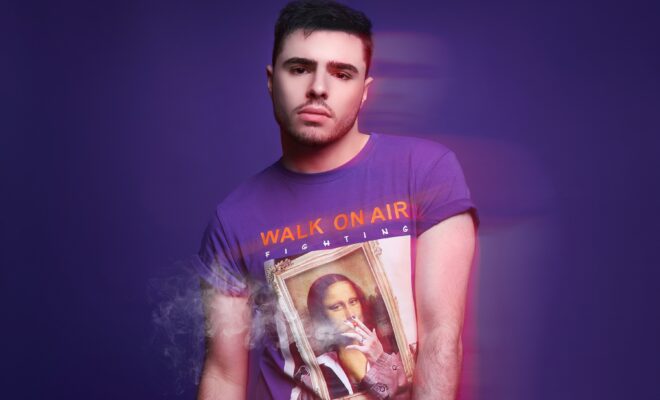 Our Exclusive Chat with MkX

How did your collaboration with cupcakKe come about?
I wrote and produced “Down” about a year before it came out. I wanted to wait for the right person to hop on the track, and cupcakKe really brought some magic to this record. I saw her live a few times and instantly knew she was someone I wanted to have on my record one day. She heard the track and said she was interested in laying down a verse, which was super surreal.

Can we expect more collaborations in the future? Who would be some of your dream collaborators?
Yes definitely. At the end of last year I wrote a bunch of songs with some really talented songwriters and I’m super excited to finish and release those soon. I would absolutely love to collaborate with Lady Gaga, Max Martin, or Charli XCX.

Is an LP or EP on the horizon?
At the moment I’ve been focusing on releasing as many singles as I can, but I definitely want to release an LP or an EP at some point in the near future.

Recently you wrote music for KPOP supergroup TWICE. What was that experience like?
It was a really crazy experience. Kim Petras started this demo called “Young & Spoiled” and I loved it. I ended up producing the track and adding some different sections. It was a really fun collaboration and I kind of forgot about it for a little bit. Out of nowhere, I got a call saying TWICE was interested in the track. Some more time went by, and the next thing I know the song was on TWICE’s “Yes or Yes” tracklist! The EP ended up going Platinum which is insane. I was honored to work on such a cool project, it was such a dream come true!

Do you have a set songwriting structure?
For me, songwriting is very situational. A lot of times I will start a song by making a beat and toplining over it. Other times the song idea comes first and I’ll build the beat around it. A lot of people have asked me what my “process” is, but it’s honestly different every time. It keeps things very exciting.

You previously opened up for Ariana Grande and Christina Perri. What did you learn from that experience?
I learned a ton! The Ariana tour was my first time performing on an arena stage which was super surreal. The sound engineers and the backstage team showed me some really cool stuff backstage as well. With both tours, it was really eye-opening to see how many people it takes to put together a big show. Also, Ariana showed me how she clips a Fitbit to her stage outfits that track her steps during her show which was very interesting.

What made you want to strike out as a solo artist?
I was in a duo with my sister for a while before I started putting out my solo stuff. I went to Berklee College of Music in Boston, MA, and she went to Brown University in Providence, RI. It was pretty difficult to collaborate while we were both living in different states. When I moved to the city I really got into the more electro-pop sound, and she was very into R&B/Soul music. Even though we’re focusing on our solo projects, we still collaborate a lot. I recently produced some songs of hers and we have a lot of fun recording vocals together.

What do you think is the future of live music?
For me, live music is an experience. I love to incorporate technology and different visual elements into my shows. I’m always sketching stage designs and tour concepts. As technology evolves, stages, screens, and lighting become more advanced. I would love to incorporate different visual illusions into my show. I can’t wait to see what the future brings.