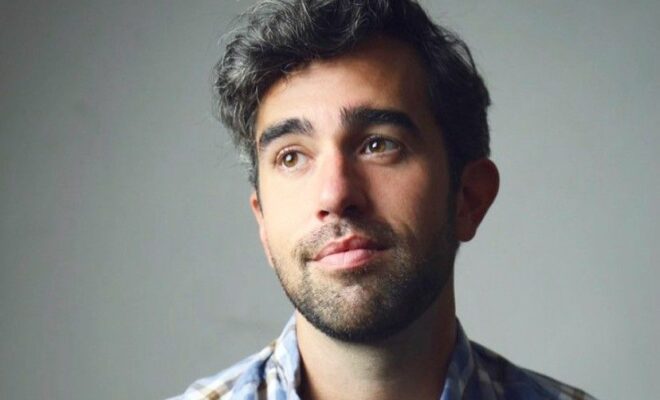 Michael Judson Berry is obsessed with Schitt’s Creek. His love of Moira Rose, played by Catherine O’Hara, inspired him to make videos that went viral on TikTok. With Schitt’s Creek winning what seemed like every single Emmy this year, it is safe to say he isn’t the only one who loves the quirky series. We got to chat with Michael all about TikTok, his blossoming career, and why Schitt’s Creek is simply the best.

What inspired you to start making videos inspired by Moira Rose of Schitt’s Creek?
I was looking for a way to stay creative and productive during the quarantine. My roommate (who introduced me to Schitt’s Creek), and I did an “impersonation challenge” for Instagram as David and Moira, and people actually thought it was funny…it helps that my roommate does an incredible David. That’s when I thought it would be a fun challenge to create a little talk show as Moira. I wanted it to feel as if you were having tea with her and chatting about the various trials, and tribulations, we all are facing during this pandemic. Early on, my mom gave me the advice to keep it positive, so I always try to have an uplifting message in every video I make.

What was your reaction to Catherine O’Hara talking about your TikToks?
I was over the moon!!! I was flabbergasted to learn she’d even seen my videos; but was absolutely overjoyed to hear she thought my performance is “really good” and that my writing is funny. I’ve been a huge fan of Ms. O’Hara’s since well before Schitt’s Creek, so to receive a compliment from her, especially regarding an iconic character she created, was perhaps the greatest review I have ever, and will ever, receive.

Do you have a favorite episode of Schitt’s Creek?
Oh gosh, this is a hard one. I don’t think I have a favorite full episode (I love so many!), but I do have a favorite moment. It’s in the episode called “Girls’ Night” when Moira drives Alexis and Twyla to the local bar. After Alexis has decided to call it a night, Moira gives her unexpected (even if a bit tipsily) love advice, “It took a year…but if it’s meant to be, they’ll come around.” As someone who is a hopeless romantic and had recently had his heartbroken, this moment was such a gem. I’m pretty sure it was the first time the show made me cry.

Tell us about your first feature film, Milkwater.
Milkwater is this delightful film about a young woman named Milo, played by the fabulous Molly Bernard, who chooses to be a surrogate for an older gay man she meets at a bar. Milo’s decision is a bit rash, but she grows and learns so much over the course of her pregnancy. I play her best friend’s slightly spacy boyfriend, Teddy. Much like the Ted in Schitt’s Creek, this Ted doesn’t always know what’s going on, but he’s very happy to be there…often in very short shorts. It was a really fun film to make, and I had a blast playing opposite the incredible Robin De Jesus.

What would be your dream role on Broadway?
I don’t think a male Mama Rose is going to happen anytime soon, so I’d have to say it’s a tie between Robert in Boeing, Boeing and King Richard II in Richard II. I love physical comedy and farce, so Boeing, Boeing would be a dream! I saw Mark Rylance play the role on Broadway, and it’s still one of my favorite productions I’ve ever seen. I’m also a big Shakespeare nerd; I primarily studied Shakespeare when I was working on my MA at the London Academy of Music and Dramatic Art (LAMDA). While at LAMDA I got to play Richard II, and it is still my favorite character I’ve ever done. Ever since graduating from LAMDA it’s been a dream of mine to play King Richard again in a fully produced, professional production.

You have visited all 7 continents! Once the world is back to normal, what are some places you are dying to go to?
Where to begin!? As you can imagine, traveling is a passion of mine! I was scheduled to go back to London to visit some friends this summer, but seeing as we’re in a worldwide pandemic, that had to be postponed, but London is definitely high on the list. My sister, who is my ever-patient travel buddy, and I are dying to go to Croatia, so I think that will be the next big trip. I’ve also always wanted to go to Thailand and Cambodia, so hopefully, those will happen sometime soon. If you have any travel suggestions, I’d love to hear them!

What are your favorite hotspots in your native Jersey City?
So, confession, I only moved out to Jersey City a year ago, and I absolutely love it! Whenever I move to a new place, the first thing I do is find a local coffeeshop. I don’t know why, but having a local cafe helps me feel grounded (excuse the terrible pun). My current go-to coffee spot is called Café Peanut, it’s run by the most friendly people, and it always puts me in a good mood to visit them. I also enjoy dropping into Pint for a pint, for local pizza I head to Low Fidelity, and I do really enjoy the turkey burger at The Hamilton Inn. When I’m not drinking coffee or eating pizza, I do love just walking down along the water. Jersey City has a stunning view of Manhattan, especially during sunsets!

What’s next for you career-wise?
I wish I knew! As an actor, I’ve primarily worked in theater, and it’s very hard to predict when that will be back again. I loved working on Milkwater, so hopefully more film and TV opportunities will present themselves. Creating and writing my own project has been such an exciting and fulfilling experience, and while I’m but a novice “bebe” in the mercurial world of social media, I’m very pumped to see where it takes me.