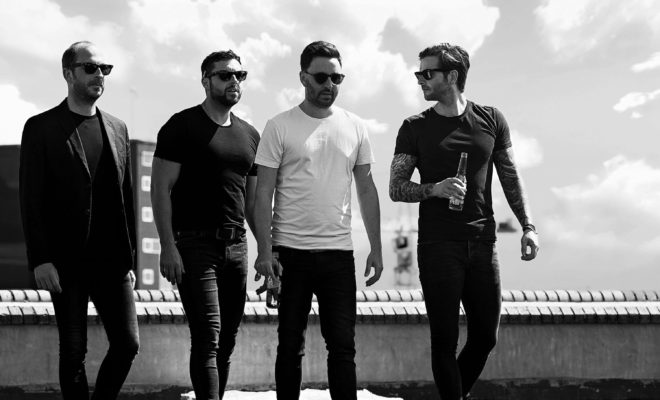 Our Exclusive Chat with Mask

What is the story behind your band name?
We were actually in amongst legalities to have the same name as a band from Australia when a street vendor held up a musical mask in front of us and said “mask?” – the decision was made there and then, we would be known as ‘MASK’. You might say it was fate or a pushy sales person haha – either way, here we are.

When can we expect some new music?
Our plan is to constantly be releasing new music and to keep getting better each and every time we do. We really feel like we’re riding a wave since the release of our latest album “The Famous”

We will be releasing a number of singles this year and that will then be followed up with another full length album early 2020 all being well.

How would you best describe your sound?
Raw rock and roll with elements of the blues. We are heavily inspired by the 60’s and 70’s and you can hear that in our records.

What do you hope listeners take away from your music?
I think theres an emotional honesty about us that our fans really buy into. We aren’t a polished act by no means and we aren’t trying to be. If you take a step back and look at the industry now it’s rather dreary. We’re hopefully a break from that and we are doing what we love.

How do you typically decide on a set list?
Usually on a rehearsal day before or on the day itself. We know roughly what we want to do but it usually changes last minute.

What do you think is key in staying friends while you’re in a band?
Our friendship goes back almost 15 years now, and we’ve never fallen out. The key for us is respect, communication and a drive to enhance each other. The day you get an ego is the day we show you the door!

What are some of your contenders for best song of 2019?
We think its great to see the Black Keys returning this year. They are without doubt one of our biggest inspirations and we are loving the retro feel of their new album. Lets go with them…

Next time we’re in Belfast, where do we need to go to eat?
When we record we live in the same house together so its essential to get out for food at times…

We have a band favourite restaurant actually – its called the “Parsons Nose” and its in a little town called Hillsborough about 20mins outside Belfast.