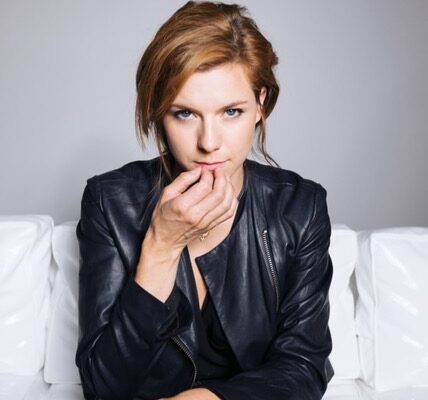 Our Exclusive Chat with Liz Bohannon

Nashville native Liz Bohannon has a brand new single out and a darn interesting story on performing for the President of Trikala, Greece so we kinda sorta had to talk to her.

What is the story behind your latest single, “Wanted”?
It’s a heartbreak song about being in love with someone that you can’t be with anymore and having to be the bigger person and find the strength to move on.

You grew up in Nashville, once the world is back to normal or semi-normal. What are some places locals love?
Gosh, there are so many good ones. I would say Brown’s Diner is a local favorite, Mitchell’s Deli, and Sperry’s!

Please tell us the story of how you performed for the President of Trikala, Greece.
I was in a 100-person choir called the Singing Hoosiers while in college and we had the opportunity to go on a concert tour of Greece. It was brought to our attention that the President of Trikala would be attending our show one evening. I was extra nervous because I sang the Judy Garland solo in our ‘Atchison Topeka and the Santa Fe’ number – this was a big deal to have and I was only a freshman. I remember it being a total blur when I was up there singing, but received a raving review from my choir director about how “especially on” I was that evening. Thankfully the nerves kicked in and worked to my advantage!

Do you have a set songwriting structure?
Not really, I just try to stay open and not have rules when it comes to getting creative. I go by feel, and try to pursue sounds and ideas that interest me. When I do that, the rest sort of falls into place. My favorite thing about the creative process is starting with one idea and then it turning out to be something completely different than what it started as. That’s where the “discovery” piece comes into play, and the goal is to keep things open for that to happen!

Sure do miss Browns Sundays! Forever grateful to the place that gave me a chance when no one else did! 😜 Sending out the love & hope to be back playing w the guys someday soon ❤️ 💖 #brownsdiner #sundayshows ⠀⠀⠀⠀⠀⠀⠀⠀⠀ #livemusic #acoustic #band #lizbohannon #lizbohannonandfriends #brownsdiner #iconic #sundayfunday #family #friends #hamburgers #nashville

Do you remember the first song you ever wrote and if so, what was it about?
Yes, it was a song about following your dreams and it had a kite metaphor about it. Dreams get away because they grow so big – so you have to tie a string to it and hold on tight. I wrote in the 4th grade for a songwriting contest.. it was deep!

You have an EP coming out this fall. How has it been writing, recording, and promoting during quarantine?
It’s been surprisingly good, I feel like this time has made me dig in deeper and get even more creative on how to make things happen.
Also, I just feel like the people I’m around – both in general and in the industry are more open to band together on things – less is being taken for granted and people are just more supportive and want to help each other out. Still, it’s definitely been a lot of survival mode at times; but staying positive–and as the saying goes, necessity is the mother of invention.

What have you been reading, listening, and watching during quarantine?
Currently reading the East of Eden by John Steinbeck 🙂 and a slew of other half read novels on the night stand. I’ve been really loving a show called ‘The Durrells in Corfu’ which is on PBS Masterpiece. It’s funny and relaxing. I rewatched all of the Harry Potter movies earlier in the quarantine – best idea ever.

What do you think the future of live music will look like?
I’m not sure but I do know that the love for music isn’t going anywhere and we need this form of expression even more when it’s tough times. It’s such a gift to be able to connect through music and I’ve really loved some of the live shows that are being streamed.
But, nothing beats playing or attending a show in person – so yea, I really hope this all gets sorted out as soon as possible.