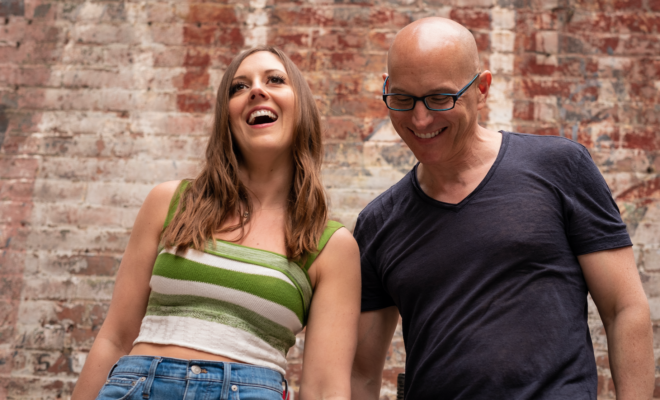 Santa Monica-based husband and wife Joseph Lewczak and Anne DiGiovanni decided to join forces musically for a new project a few years back. Under their alias, Only Bricks, the duo released their first EP Foundation in 2018, which lead the band to win Best Pop Band in the LA Music Critic Awards for First Half of 2018.

Only Bricks’ music is an eclectic collection of rock, pop, and dance, mixed with their own individual and uplifting musical sensibility. Ever since their EP release, the pair has continued to evolve their sound, songwriting and image.

“We are so excited to be releasing our first video,” the pair shared with us. “Other than the final scene, it was shot in one take, at a speed five times slower than the original song. We never thought it could be so hard to sing so slowly!”

The concept of the video was the brainchild of director, Heath C. Michaels. “After talking about it for years across multiple songs and concepts, everything just aligned for Happy Now— the right song, the right concept, and the right director,” the duo elaborated. “We think the concept really captures the raw emotion of the song and tells a familiar but unique story of the confusion, grief, sadness, anger, and acceptance that follow the end of a long term relationship.”