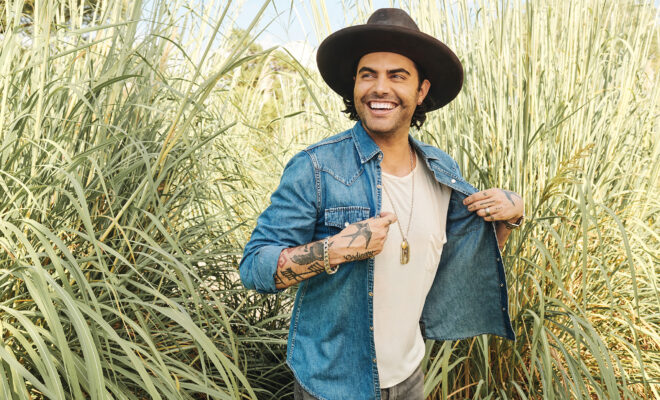 Niko Moon Interview On His First No. 1 As An Artist With ‘Good Time’

His debut single reached No. 1 on both the Hot Country Songs chart and the Billboard Country Airplay chart. Niko Moon co-wrote the song with his wife, Anna Moon, along with Jordan Minton, Joshua Murty and Mark Trussell. Although this is his first No. 1 as a solo artist, he previously penned 5 No. 1 hits for Zac Brown Band and was also part of the electronic-pop band, Sir Rosevelt.

“I always just wanted to be a part of music any way that I could- songwriter, musician, artist,” he said. “What was important to me was that I was doing music in some way somehow. And the songwriting door opened up for me first. So I ran through that as fast as I could. And it’s been a lot of fun getting the right songs for a lot of my favorite artists out there like Zac Brown Band, Rascal Flats, Dierks Bentley.”

“But I always knew in my heart that I was an artist, too,” Niko Moon admitted. “It was just a matter of finding the right time. And now is the right time. I’m coming out with my own music. And good time just went number one. It’s my very first song I went to radio with, and it went number one. And it’s so special because it’s me, it’s my voice and it’s my whole style of country music that I like to do. So the fact that so many people out there have embraced it, and all the country music fans have really grabbed a hold of it just is the best feeling in the world. It makes me feel so validated as an artist. So thank you everybody out there for all the love. I love you all back.”