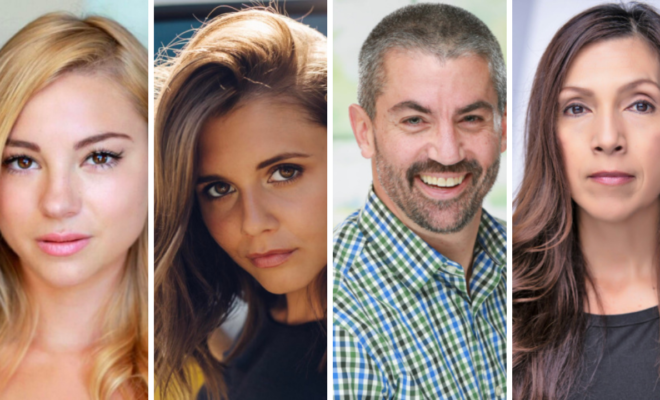 ‘Deserted’ tells the story of Lupita and José, a couple struggling to cope with the loss of their son who died in operation Iraqi Freedom, and the harsh realities that come with being socially disadvantaged immigrants in America. Lupita, whose main source of hope and strength has been her religious faith, must decide whether she will stay true to her religious beliefs, and continue to bear the abuse of her cheating husband, or if she will risk her life to change it.

You can purchase a ticket by clicking here.

Join me & @alexandrachando on January 27th at 5pPST/8pEST, for the virtual premiere screening of the music video for my song #Deserted.

I wrote this film to raise awareness for the silent struggle of socially disadvantaged women suffering from domestic abuse. pic.twitter.com/iHtu9rEMMf

With the purchase of your ticket for this event, you will be directly benefitting Futures Without Violence, a 501C3 organization that, for more than 30 years, has been providing groundbreaking programs, policies, and campaigns that empower individuals and organizations working to end violence against women and children around the world.

The premiere is being hosted by the renowned Alan Locher. There will be a Q&A with Allie Gonino, Alexandra Chando and Nancy Rodriguez (Lead Actress) in the film following the premiere.

Allie Gonino and Alexandra Chando first met on the set of the ABC Family original series, “The Lying Game”, where they played half-sisters. Since then, they’ve expanded from acting into writing, scoring, directing, and producing.

In this virtual screening, hosted by Alan Locher, Gonino, Chando, and lead actress Nancy Rodriguez, will discuss why and how they made the film, why now, more than ever, we need to raise awareness around domestic violence, and what we can all do to be apart of the solution.