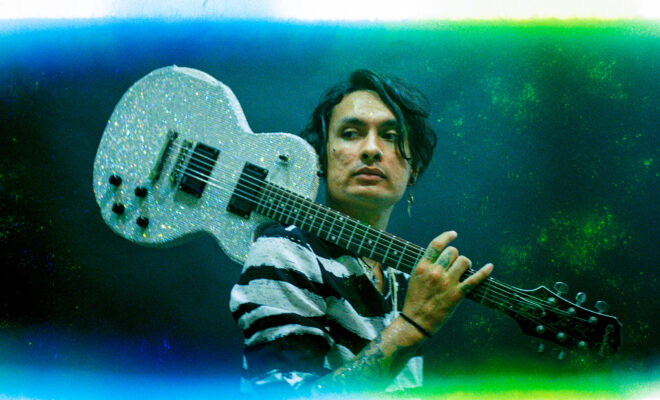 Mozart Gabriel is set to release his new single “Hold Back” only on November 18, but you can listen to the track today exclusively on Stage Right Secrets.

The third and final single to be released before his album “Eager Within the Fire,” Mozart wrote “Hold Back” about a long-distance relationship. He decided he was no longer going to hold back and proposed to her soon after writing the song. The relationship ended, but the significance of the song only grew with time: it was the first song he ever performed for an audience and signifies his commitment to not hold back in his life and career.

“Hold Back” was the first song I ever performed in front of a live audience at an open mic. I was 28 at the time, and very heartbroken because my fiancé left me. For some strange reason, I had this urge in me that said in order for me to survive this heartbreak, I would need to sing a song to strangers. That night I sang this song. I didn’t know that this was going to be the door of opportunity to have a band and to begin my music career. Though this song began as a way of me overcoming my heartbreak, it now stands for me as a song of overcoming my past with alcohol and staying strong with my new sobriety,” Gabriel shares.

You can listen to the track exclusively here.

Mozart Gabriel is a Native American folk, indie, and alternative rock artist based out of Nashville, TN, Barcelona, Spain, and the Taos Pueblo village in New Mexico. Mozart Gabriel arose from the waters of Taos Pueblo & Red Rocks of the Navajo To’hajiilee. From a village of powerful traditional singers, the red willow tribe gave him his name Mozart at birth. Gabriel writes all of his own songs, and would find it tough to perform somebody else’s songs, as he comes from a Native American family of great storytellers. Music for Mozart is his therapy, honesty, and vulnerability.

Gabriel grew up with no electricity or running water and he spent most of his time hunting for his own food, drinking from the river water, and building fires to keep warm. Mozart Gabriel has a different kind of perspective of survival. In his culture, they are taught to tell stories and songs to keep our culture alive, which is a very important aspect in his musical journey and career.

Mozart Gabriel wants to be able to share more of his culture, and bring the mainstream towards more Native American rock ‘n’ roll. Gabriel grew up a lot of his life not having many heroes that were Native American. He doesn’t want the younger generations of Native American artists to not have anyone to look up to. The amazing and vast history of his tribe has inspired his music, and he wants to help open the door for future indigenous dreamers.

Mozart grew up singing Native American ceremonial songs in his home, and started performing open mics and small venues in bars at the age of 28. His life and abundant travels brought him later to Nashville, TN where he made a career in music videos for the local independent artists such as The Foxies, Chloe Gilligan, Katie Pruitt, and Hannah Eldridge. Travel and creativity soon brought him to Barcelona to craft his sounds, with many musicians and many projects featuring Liam Cloud. Later down the road, he was titled one of the best performers in Barcelona.

Mozart has also gained a massive following on TikTok, where he educates others on Native American culture and tells stories about his own upbringing and village. He also shares his music on TikTok, which his followers love to hear.

Mozart just finished his first album Eager Within the Fire, which will be released in late 2021. His second album will begin production December 1, 2021.