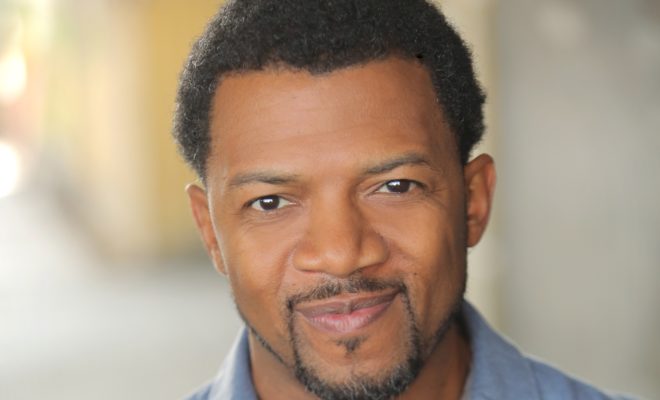 “One will live. One will die” booms Cloak and Dagger‘s latest trailer. The series based on Marvel comics is an upcoming, well talked about series debuting on Freeform this June. Lately, anything Marvel touches turns to gold, further cementing itself as the biggest franchise in history. Stakes in and out of the series are high. Miles Mussenden who stars as Otis Johnson aka Cloak’s father, takes us a bit deeper into this new side of the Marvel Universe.

SRS: What can you tell us about Cloak and Dagger that we haven’t seen from the trailers?
MM: Thanks for having me. I can tell you that both Tandy and Tyrone have personal family lives that are just as gritty and engaging as their lives as Cloak and Dagger.

SRS: How does your personal parenting style differ compared to Mr. Johnson’s?
MM: Otis Johnson is more of a disciplined, buttoned up by the book guy, a bit of a controlling kind of parent. We both want to propel our kids to achieve greatness and to keep safe. I am more of a – get you to think outside the box, don’t follow the crowd, do your best kind of dad. I used to be a bit of a control freak until I realized that it takes enough energy just to control myself so why drive myself crazy trying to control others who by nature don’t want to be controlled.

SRS: We heard you read the Cloak and Dagger comics after you finished filming. How do the characters hold up from page to screen?
MM: That’s a good question.  To me the characters on screen are more complex. I think because we get a chance to peer into their family life we can understand and empathize on a deeper level with them and see how it affects their characters Cloak and Dagger. It’s not going to be so easy to discern who’s positive or who’s negative in any given circumstance that they’re in. Besides those things the show is set in New Orleans and the time is kicked to the current, so these characters are a lot edgier than what would be considered respectable back when the comics were written.

SRS: Marvel is super secretive but we have to know, are there any tie ins to the MCU or other Marvel shows?
MM: Are you trying to get me in trouble or what? This I can tell you, Roxxon…

SRS: You as well had smaller roles in Luke Cage and Spider-Man: Homecoming. What’s working with Marvel like?
MM: It’s like you wake up in the morning, put in your two feet solidly on the ground and when you stand up your inside of a comic book and it’s like oh-em-gee. You’re living the fantasy. I mean they’re all different experiences. In Luke Cage I was a guest, there for a day and that was cool got to be a baddie and that’s always fun. In Spider-Man I was there for a couple weeks and they actually created the world where I literally watched Spider-Man climbing up a building, I mean he had a harness, but he was climbing the building, that’s freaking crazy. Now with Cloak and Dagger its immersion. I mean I have to live in this world, think like my character thinks, understand how these other characters think. Sometimes the mind can’t distinguish what’s real.

SRS: If you could play any other Marvel Comics character, who would you be?
MM: There are so many good ones. I would play the Black Panther because I love the idea of living in a place where you blend the beauty of nature with the convenience of technology (Wakanda). I love that you can still be human – just enhanced. Then you put on your Black Panther suit and be the Superhero. That’s pretty good you know, having the best of both worlds.

SRS: Before acting professionally, you owned and operated a record company. What did that teach you about the entertainment business?
MM: You have stay grounded and remember who you are. Have fun, but keep your moral compass.  Quick story:

It was a rainy day and I had to go from my trailer to set. A production assistant knocked on my door and held an umbrella over my head as he escorted me to the van to go to set, he opened the door and I got in the front seat. The van was already loaded with crew members. As we got to set which was not very far away someone came to open my door and held another umbrella over my head but the van step was wet, I had on dress shoes so I slipped and the whole van full of people gasped and felt it as if they slipped. The PA was very apologetic and concerned for my safety although the slip was not his fault. I assured everyone that I was fine and everyone was relieved. Now where I come from, if I slipped people would laugh once they realize I was okay. But as a regular on a TV show my well-being effects hundreds of people.  It’s easy to become a jerk when you’re being catered to so often. You have to remember somebody’s holding umbrella over your head because it’s important that the clothes you’re going to be wearing for the next shot in a few minutes stay dry, people are concerned about me falling because it affects their livelihood and they know you intimately from closely watching your work every day. So don’t get caught up in the glamour and glitter.

SRS: Is there any possibility to focus more on music in the future?
MM: It’s possible, I still have a lot of friends who have done well for themselves in the music business. It would probably be related to film and television though, maybe some soundtracks, stuff like that.

SRS: Lastly, tell us about your work with at risk youth and why it’s so important to you.
MM: I worked with several different organizations and Ministries over the years. I remember that my wife and I would work with married couples in an organization called Married For Life. Although we were good at helping couples in trouble, it took up a considerable amount of time and I remember telling my wife that I don’t wanna do this anymore. However,  when it comes to these kids, I feel like I owe it to them to help them see and/or find a way out. Where I grew up we didn’t see a lot of positive successful people because when they had success they left. So it always seemed like the only way out of poverty was the dangerous dark road. So what kind of person would I be to find light but leave my brothers in the dark?