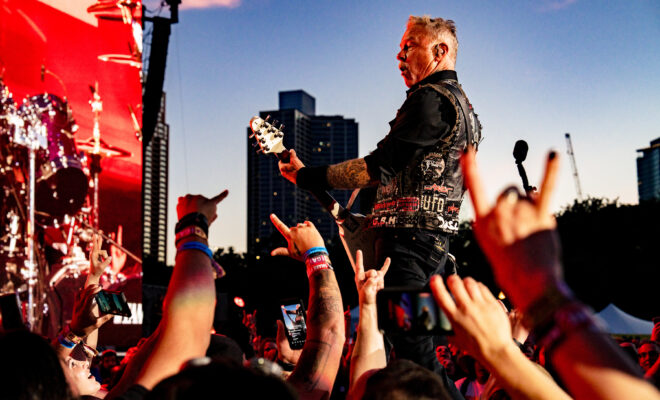 On Thursday (July 28) the legendary rock band closed out the first date of the Chicago music festival. Their setlist included all of their hits and fan favorites. Their production was everything you’d expect from the band including lasers and fireworks.

One of the standout moments was when the band performed “Master of Puppets.” During the Stranger Things Season 4 finale, the character Eddie Munson (played by Joseph Quinn) shredded the guitar solo on the song. So the band featured the moment on their screens while the band performed it live and the crowd went wild.

See a photo gallery from Metallica’s Lollapalooza set, below.