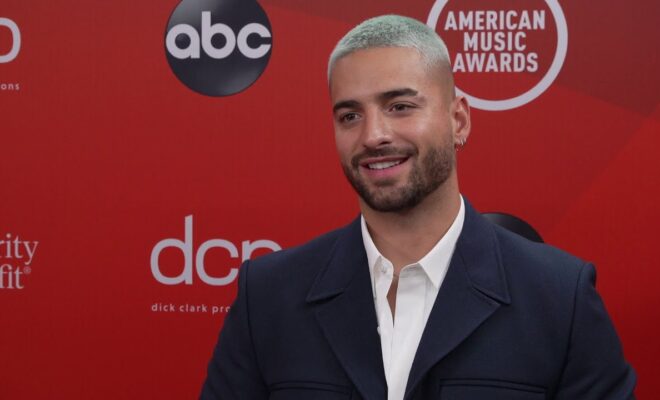 Maluma spoke backstage at the 2020 American Music Awards. The superstar spoke about his AMAs performance of “Pa’ Ti” and “Lonely” with Jennifer Lopez. He also spoke about the pandemic, his fans, and collaborating with an icon.