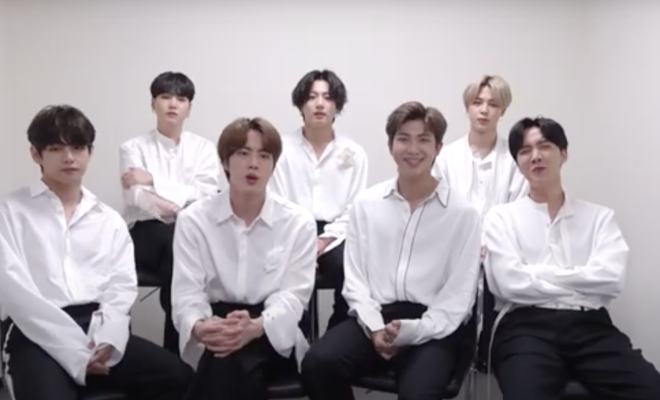 BTS at the 2020 American Music Awards on AMAs Nominations,

BTS spoke ahead of their 2020 American Music Awards (AMAs) performance. The pop phenomenon will give the debut performance of “Life Will Go On” along with their smash hit, “Dynamite.” In addition to their performance, this year the group is nominated for Best Pop Duo/Group and Social Artist.

The show will broadcast live from The Microsoft Theatre in Los Angeles.  Nominees are based on key fan interactions, as reflected on the Billboard charts. Some of the factors include streaming, album and digital song sales, radio airplay, and social activity.  It reflects the time period of Sept. 27, 2019, through Sept. 24, 2020. The AMA winners are voted entirely by fans.

Taraji P. Henson will make her especially epic AMAs hosting debut. Billie Eilish will give her debut performance of “Therefore I Am.” BTS will also debut “Life Goes On” along with “Dynamite.”