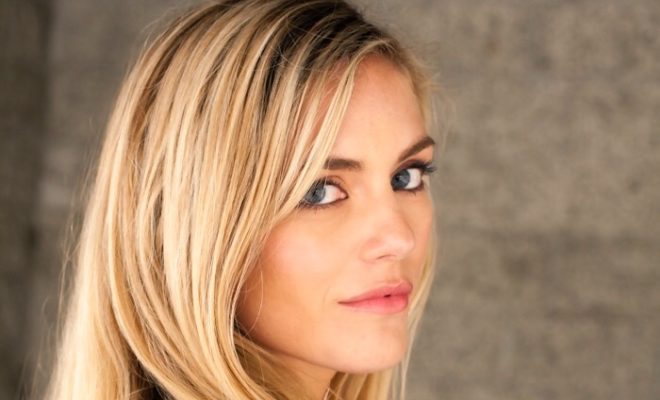 Maliabeth Johnson On Her One Woman Show 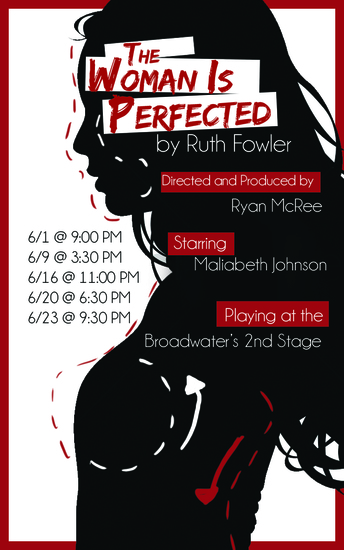 Tell us what “The Women Is Perfected” is about.

It is about a woman named Cassie, she is struggling with the pressure of what it means to maintain physical “beauty.”  Every day women are overwhelmed with unrealistic mantras like “take care of yourself” and the psychological trauma it inflicts on women.

What was your first thought when you read the script?

Wow. That’s a lot of lines!  Haha. I’m kidding.  I have never read a more complex character on the page before. Nothing is simple for her. Even simplicity is complicated. Immediately after finishing it I wanted to know who wrote and created Cassie.  So being 2018 I naturally cyberstalked Ruth and was like, “I need to work with her”.

How are you preparing for this role?

Memorizing, memorizing and then more memorizing! I’ve basically been walking around my house and neighborhood muttering to myself for the last few weeks.  Even though it’s just me on stage, Cassie isn’t the only character I’ll be playing. (You’ll have to come to the show to see what I mean.) It’s been a really fun process so far. The advantage of it being a one woman show is the 1 on 1 time between myself and Ryan (the director).  We’ve been able to really explore ideas that in a play with a larger cast might be missed. From the very first table read, it has felt super collaborative.  Which is an actors dream.

What do you hope audiences take away from the play?

To remember to lead with empathy.  We never know what private battles someone is waging.  Whether that be psychological, physical or chemical.  Everyone has a part of them they don’t like or share. Something they may be ashamed of,  and if we can remember that in our day to day lives,  we might just make this world we live in, a better, happier, kinder place.

Never, ever give up on yourself, or on your dreams! This business is a hard one, but persistence is the key. I’m so excited to say I booked a great part in an indie film!!! Yaya!!! This isn’t the beginning, this is the journey. Find joy in the journey. The journey is the interesting part, and vital to every great story. 🦋 ✨🎬 photo by: @allisonzahigian #photography #actorlife #glitter #photoshoot #blonde #goodvibes #maliabethjewelry #followyourdreams #instagood #beyourself #nevergiveup #joyinthejourney #mood #portraitphotography #stars #persistence #entertainmentindustry #feminism #nastywoman #lifeiswhatyoumakeit #teeth #blueeyes #believeinyourself #weonlygetonelife #omodels #model #osbrinkmodels

We loved you on “Parks and Recreation”! Any secrets from the set you can share?

Thank you for watching! I want to go on record and say that Christie is the most genuine person I have ever met. She literally lights up any room she is in. You understand why people wrote songs about her. Before being on Parks & Rec I was a fan. So being on the set felt like I had been transported into my fav tv show. It was surreal and more fun than I could ever imagined.

You also design jewelry. How did you get into that?

My mom was obsessed with jewelry and my dad was an amateur geologist. So it is no surprise I love everything about jewelry. I love how universal it is.  Every culture has worn jewelry in some way throughout history. There’s something magical that the indigenous people here in America took time to gather seashells and craft beads and that the Romans, Chinese and every culture did something similar. Every time I pick up any piece of jewelry I wonder who wore it before me and what influenced it’s design.

How beautiful does the rainbow moonstone wave ring look on @bohomoonchildjewelry 🌙🦋🌊 you guys, her husband got it for her for their anniversary. How sweet it this?! Check out her magical jewels! 💎 and don’t forget, when you order a wave ring in the month of July you will receive a surprise wish bracelet/ anklet. 🦋#womenempowerment #womensupportingwomen #healingstones #maliabethjewelry #moonstone #handmade #madetoorder #etsyshop #instagood #goodvibes #mermaidsisters #shopsmall #shoplocal #shophandmade #artist #jewelrygiveaway #tagafriend #follow #beachlife #beachfun #jewelrydesigner #jewelryaddict #jewelryporn #oceanjewelry

After “The Woman Is Perfected” we definitely think you deserve a vacation. So after said vacation, what is next for you?