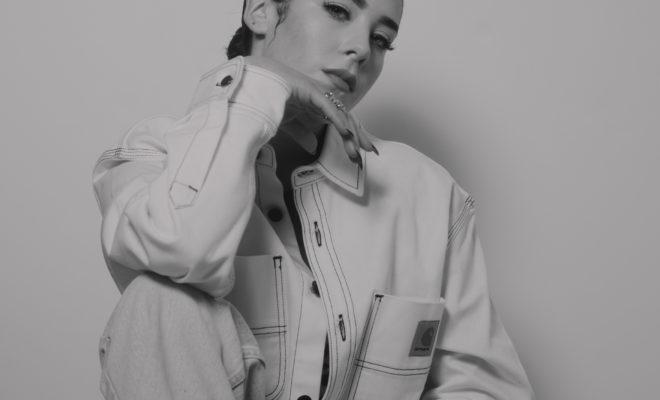 Maeta Shares Final Video For ‘Do Not Disturb’ Series

After the successful release of her debut EP Do Not Disturb, Los Angeles-based R&B singer Maeta decided to release a series of videos dubbed #MaetaMondays. Each of the videos, one for each of the track on the EP, unveiled a new layer of the relationship and personal journey for Maeta.

“You Lie,” the first video in the series, sets the stage with Maeta suspecting that her boyfriend might be hiding something, while the next video “Press Play,” shows Maeta realizing what it is that her boyfriend has been keeping from her. The video for “Payback,” follows Maeta as she rediscovers her confidence through the support of her friends and a makeover. The latest video “Kind of Fool,” showed Maeta escaping into music to feel a more sultry, seductive, and confident form of herself.

The final video, “Too Good”, picks up where “Kind of Fool” left off on the bus when someone unexpected opens her eyes to new possibilities.

Check out “Too Good” below, and read what Maeta had to tell us about her EP, her videos, and her upcoming 2020 plans!

You just released your first EP Do Not Disturb in November. We loved it! How’s been the response from your fans so far?

Thank you! It’s the first project I ever put out so I was nervous about the response, but people love it so far which makes me happy.

The EP was inspired by all the things I was going through since I left home and moved to LA. New relationship issues, struggling with pressure, and just growing up. All of these songs helped me through the transition.

Did you approach any obstacles during the creation? Such as running out of inspiration to create new art or anything like that? If so, how did you get back on track?

The hardest part about making this EP was probably naming it. I went through names in my head for like a year, but never liked one. I ended up choosing Do Not Disturb super last minute, but am happy with my decision lol.

Right now I would say I’m most connected to Babygirl. Especially being alone in quarantine Babygirl is just the vibe!!!

You’re originally from Indianapolis and recently moved to LA. Do you think the move influenced your most recent sound? How have you lived the change in music scenes?

100%. The move had a huge impact on the EP because I was feeling so many new emotions through the process, and it just came out in the songs. Every time I listen to the EP I feel how I felt in the early stages of me being here.

Let’s talk about your videos! You made a video for each of the tracks and connected them with a continuous storyline. We love that concept! How did that come about?

The whole EP kind of ties together my life since I moved. It tells a story of what I went through when I got here, and every song is connected. It made sense to show that story in the videos!

Was there anyone who helped you write the stories for the videos and bring them to life?

Yes, the directors had a huge role in that. They listened to the songs and had their own version of what it meant to them, which went into the videos. I couldn’t have thought of all of that by myself lol. The videos are a combination of everyone’s take on my EP.

I’ll be putting out a new project I am super excited about. I think it’s an elevated version of my first EP. And definitely more shows, a couple bigger ones towards the end of the year!!