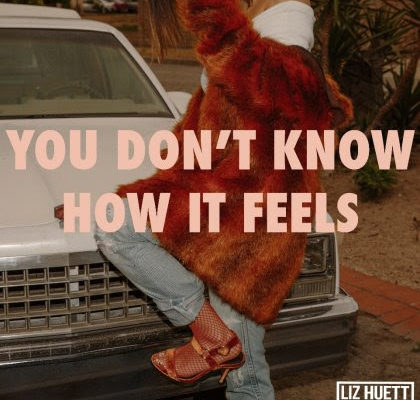 “Covering a song by your hero is intimidating, to say the least,” says Huett. “But I was willing to take the risk because both he and this song mean so much to me. I wanted to honor Tom in my own way because his excellent artistry is a huge part of what inspired me to make music in the first place.”

“You Don’t Know How It Feels” is produced by Steve Solomon and follows the release of “H8U” and “STFU & Hold Me,” two songs Huett previously released.

Huett grew up in Riverside, California, with her ear glued to the radio, listening to everything from pop acts like Tom Petty and Pink, to ’90s country superstars. Not long after she decided to move to Nashville to pursue her music career, she was hired as a backing vocalist for Taylor Swift, with whom she toured for three and a half years. With Swift’s blessing, she decided to come off the road and throw herself into writing her own music. Huett quickly lined up a publishing deal with Warner Chappell, began writing songs, and worked on developing her eclectic pop sound. Now signed to Interscope Records, Huett delivers her songs with a genuine vulnerability that makes her work appealingly relatable. Huett is currently working on her debut album.