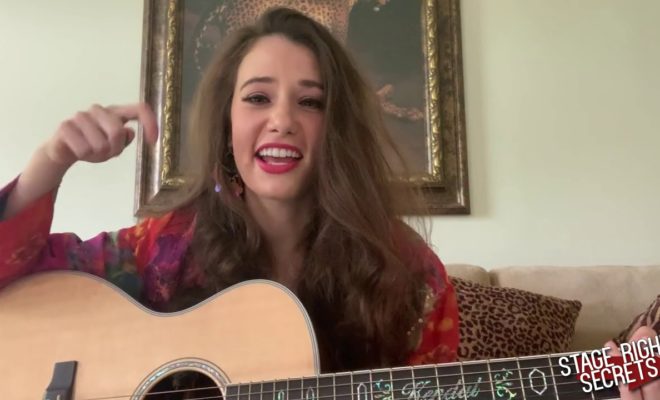 On Stage Right Secrets‘ Living Room Live Virtual Concert series, we have Kendal Conrad performing a set for us.

Aside from being an artist, Kendal is an actor, published writer, and award-winning songwriter.  Kendal was previously featured on MTV and even sang a duet with Keith Urban during his “Raise ‘Em Up” Tour.

Listen to her latest single “Bodyguard,” below: