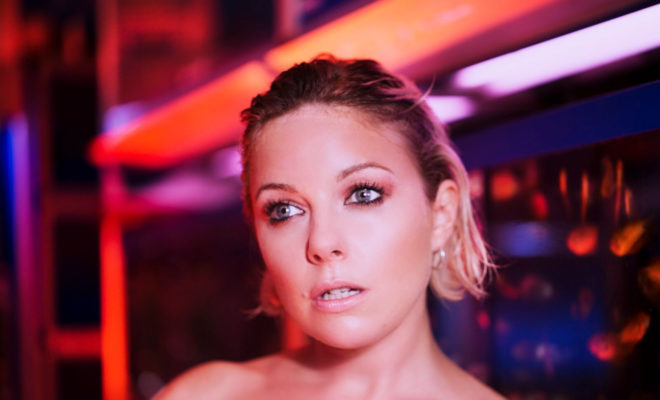 British triple threat (artist, musician and DJ) Little Boots (a.k.a. Victoria Hesketh) surprised fans on Friday with yet another taste of her forthcoming “BURN” EP. with“Picture.” The track was produced by Brooklyn-based DJ, producer and songwriter Lauren Flax. In addition to the song, Little Boots has unveiled a video, available exclusively on Apple Music. Watch it HERE.

Speaking about the new song, Victoria explains, “‘Picture’ is about that moment when you think you’ve moved on from someone, then some algorithm or friend of friend you follow brings up a photo that can instantly drag you back in a heartbeat. It explores our relationship between technology and our powerlessness over the effect it can have on our emotions and mood. I collaborated with Lauren Flax on the track and love the way she built the beat, we sent instrumental parts back and forwards adding piano and strings until the track swells into a really lush hybrid of electronics and organics, all driven by a pulsing house beat and topped off with pop melodies.”

“Picture” is the second track released off the upcoming EP, following last month’s release of “Shadows”. These two new songs give fans a taste of what we can expect from her “BURN” EP, due April 6th.

To celebrate the release of the new EP, Little Boots has announced upcoming DJ sets including an EP Launch Party at The Moth Club in London on April 27th (TICKETS) and April 28th at Wigwam in Dublin (TICKETS). In addition, Victoria will playing a special EP release show in Los Angeles on May 12th at El Cid (TICKETS).