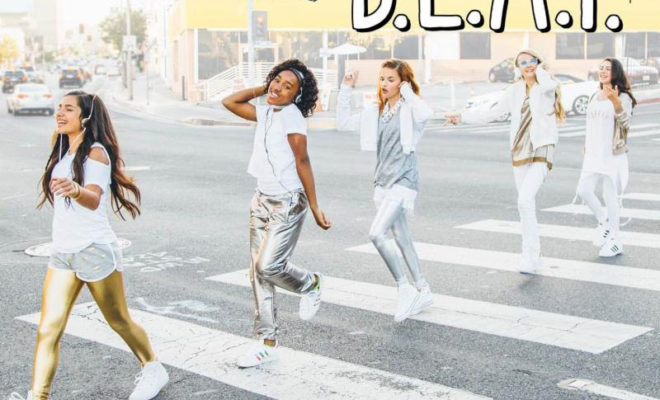 All-girl pop group L2M released their latest track “B.E.A.T.” – today The song is featured in LEGO FRIENDS Netflix TV series, which is available for streaming as of today. The girls are the singing voices of the LEGO Friends characters and perform all the songs in each episode this year and into 2017.

In addition, the fifth episode of the group’s web series, “L2M Pop Shop,” premiered this week on YouTube. The all-access series follows the girls – Mariangeli, McKenzie, Lexi, Tati, and Jenna – as they attend “Pop Star Summer Camp.” They find out what it takes to become a successful pop group, taking on vocal training and dance rehearsals and show fans what they’ve learned. Viewers will go behind the scenes and see the girls develop their singing, dance moves, and on-stage style at their exclusive two-week band camp, which runs through to their first live performance in front of brand new fans in Los Angeles. A new episode premieres every Thursday. Watch it HERE.

The girls have also been cast as the lead actresses in the brand-new YouTube Red Originals drama series “IT Girls,” which is based on the highly successful Miss O and Friends website. This eagerly anticipated series will premiere in March 2017.