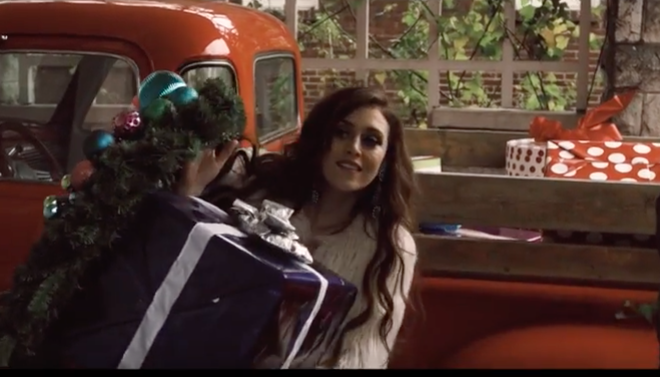 Kelleigh Bannen has released a brand-new video for her take on “Deck The Halls,” today. The light-hearted video, shot by Dusty Barker, features Kelleigh channeling her inner Christmas spirit by leaving her friends giant presents and adorning their homes with Christmas décor without them knowing.

Deck The Halls (Official Video) by Kelleigh Bannen on VEVO.

“Deck The Halls” is one of two brand-new Christmas songs released by Bannen this holiday season – the other is a non-traditional take on “O Holy Night.” Produced by Justin Glasco (The Lone Bellow), Bannen’s renditions put a soulful spin on the Christmas classics. Both tracks are available everywhere and have been receiving rave reviews.