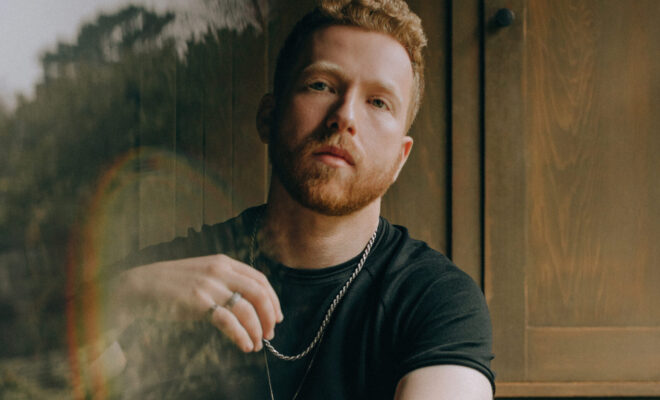 JP Saxe Reveals The Connection Behind ‘If The World Was Ending’ and ‘4:30 In Toronto’

JP Saxe revealed which song on his album started his smash hit, “If The World Was Ending,” and became another song.

On June 25, JP Saxe released his debut album, Dangerous Levels of Introspection. In the Issue 30 cover story, the 28-year-old songwriter revealed how two of his songs were intertwined.

“The first song on the album ‘4:30 In Toronto’ was actually where I had originally written,”if the world was ending you’d come over right?” That used to be the chorus to ‘4:30 in Toronto,'” he said. “But then I didn’t think it quite fit as the chorus so I removed it and then rewrote a chorus a bunch of times until I found one that fit for ‘4:30.'”

“Often my next song will start to start as a failed attempt at the previous one which I’ve always thought is a bit of a metaphor. ‘If the world was ending’ as a lyric just lived in my journal for about a year and a half.”

It wasn’t until he met with now girlfriend Julia Michaels that the two finished the song together.

“There’s a relationship between a lot of these songs in that way because they were all happening kind of simultaneously,” he explained. “There’s lots of overlap.”

JP Saxe On His Other Timely Creations

“‘Here’s Hoping’ which was written in an incomplete way a few years ago,” he revealed. “I made the bridge, the chorus, and then I added a part to the chorus which is why the structure of that song is kind of weird. ‘I Shouldn’t Be Here’ was written in the last year musically but the lyrics were from a poem that I wrote three years ago.

JP Saxe actually forgot about the poem for years. It wasn’t until he got a “look back” notification that he realized that it could turn into something.

“So I get one of those notifications occasionally, it’s quite lovely and nostalgic, but occasionally it’s an emotional risk. So I got that notification, it was this poem and it made me laugh,” he said. “I wasn’t gonna put it on the album. Like that’s too personal, I’m not gonna talk about that on my album.”

It wasn’t until he watched an interview with Phoebe Waller-Bridge that he decided to take the plunge. She spoke about knowing a scene should be kept if it scares her.

“I was like well f–k that, that thing scares me a little bit,” he laughed. “So I guess I’ve got to turn into a song. I picked up my guitar and I think that’s kind of just the first melody that naturally came out. Then the recording of that is just a live guitar vocal.”

← Previous Story Stage Right Secrets Issue 30: JP Saxe
Next Story → The Story Behind ‘Sing Myself To Sleep’ By JP Saxe