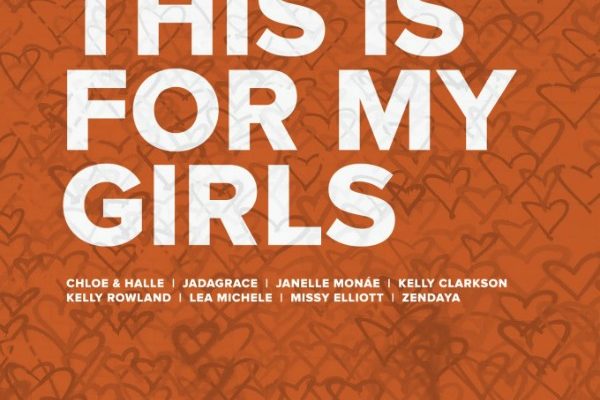 There is nothing like girls getting a good education and empowering one another, and that’s the message First Lady Michelle Obama wants to spread with “This Is For My Girls,” the new song released for her Let Girls Learn Campaign.

There are currently over 62 million girls who aren’t getting a proper education in school today. This fact is the premise on which the Obamas launched their campaign, Let Girls Learn, just a little over a year ago. Through Let Girls Learn, the U.S. government is coming together with governments in countries such as the U.K., Japan, and South Korea and with businesses, nonprofit organizations, and concerned individuals to invest in adolescent girls’ education across the globe.

Aiming to spread the word about the campaign even more, FLOTUS teamed up with a group of incredible women, and when I mean incredible, I mean Missy Elliott, Janelle Monáe, Zendaya, Chloe & Halle, JadaGrace, Kelly Rowland, Kelly Clarkson, and Lea Michele.

Written by Grammy-winning artist Diane Warren, the song follows an empowerment theme, encouraging girls to “be someone who can be soft as silk but strong as steel” because “this world is [theirs] to take.”

In her Lenny letter feature, Michelle Obama explained her motives behind her new campaign: “I’ve traveled the world as first lady, I have met these girls, and they are so smart and hardworking, and so hungry for an education. I’ve met girls who make long, dangerous journeys each day to school and then come home and study for hours each night. I’ve met girls studying at rickety desks in bare concrete classrooms who are raising their hands so hard they’re almost falling out of their chairs. (…) These girls deserve the same kind of chances we all had to learn and grow and contribute to their families and societies.”

Support the the Let Girls Learn Campaign by buying the song on iTunes NOW! All proceeds from each sale of this single will be donated to the Peace Corps Let Girls Learn Fund, which helps break down barriers and stigma that prevent girls from getting the education they rightfully deserve. Learn more about how proceeds will support girls at www.donate.peacecorps.gov and about the #62MillionGirls campaign at www.62milliongirls.org.