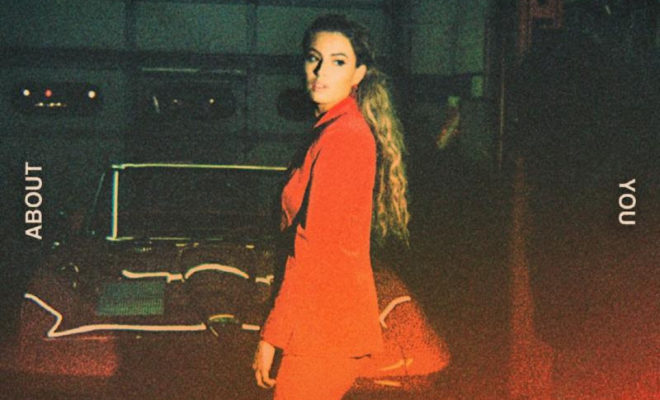 Fletcher’s ‘About You’ is A Masterpiece

FLETCHER’s latest release, “About You,” is an emotional masterpiece. The song’s storyline is based on the memories of a lost love that come flooding back at the slightest physical cues – a coffee cup, the key that was returned and now dangles from her key chain. Opening with the sound of a music box that has nearly run down, the track is by turns fragile and buoyant. Produced by Malay (Frank Ocean, Lorde, Sam Smith), who is also her key collaborator behind “Undrunk.”

FLETCHER, who wrapped up a North American tour with LANY in Montreal last night, recently made her television debut, performing “Undrunk” on “The Tonight Show Starring Jimmy Fallon”. “Undrunk” has amassed more than 80 million streams worldwide since earning the #1 spot on Spotify’s Viral Chart. After debuting as the #1 Most Added Song at Top 40 the single had the most impressive debut in 5 years for a new artist at pop radio. “Undrunk” also entered the Top 15 of Billboard’s Pop Songs Chart and spent six weeks on the Billboard Hot 100.