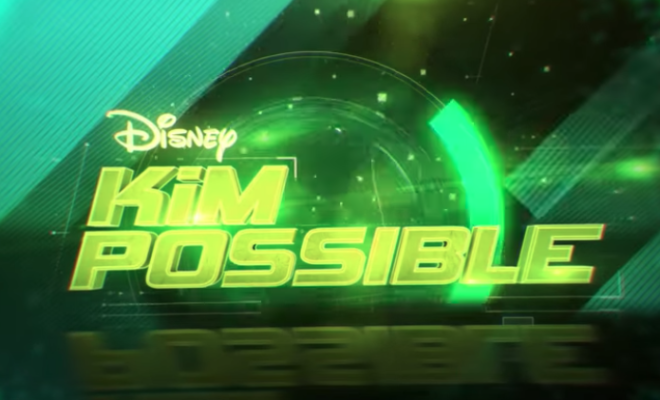 Disney isn’t only doing live-action reboots on the big screen in 2019; we get a DCOM too! One of the best shows to ever grace our screens, Kim Possible, is coming to life!

The movie stars Sadie Stanley as our favorite red-headed heroine and Sean Giambrone as her always trusty sidekick (and the other half of our original OTP) Ron Stoppable. It will hit Disney Channel on February 15, 2019.

At Wizard World 2018 in Chicago, Christy Carlson Romano and Will Friedle, the original Kim and Ron, encouraged fans to look forward to the movie. Christy will be joining Sadie and Sean in the film, although her role is being kept a secret. At the first panel since the movie was announced, Christy discussed that she had her hopes up to be a part of the film and when she was approached, was very excited. The biggest takeaway that she gave the audience is that the movie is completely different from the original animated series and “to keep it separate.” She says, “To all the fans of Kim Possible, do not compare the two. There’s no reason to.” Her reasoning: “The movie is not for you guys. It’s for your kids and your cousins and your nieces and nephews.” Will Friedle did unfortunately confirm that he has nothing to do with the movie, but that he’s very excited for the new generation of Kim and Ron. “I think they’re great kids and I don’t know Sean, but we hit each other up over Twitter. The actors have nothing to do with the project, other than they’re going to kill it and I know they’re going to be amazing and I’m really looking forward to that for them, but Kim Possible is Kim Possible.”

Check out the trailer below, as well as some photos of Christy Carlson Romano and Will Friedle at Wizard World 2018 in Chicago! 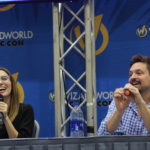 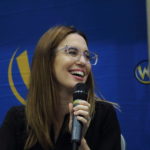 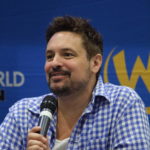