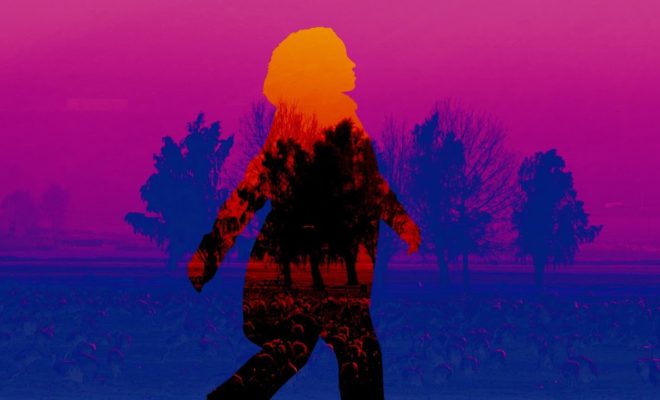 Congrats on the release of “Bones,” how did it come about?

Kael: Thank you thank you!

John: Yeah, thanks! It was the first song we wrote for the new album, so it made sense to release it first.

Are you considering a visualizer or music video for the track?

Kael: Well, yes and no. We had plans for a video for that track but that got shut-down, along with the entire world, when covid happened. We might revisit the idea sometime down the road though.

John: Covid really messed with our video and touring plans, but we’re trying to be creative with it.

You’re getting ready to release your full length on July 17, what can fans expect?

Kael: We’ve been working on this album for at least 3 years. Probably our longest-running effort to date. We wanted to take our time, while simultaneously working through some major life changes (new jobs, new children, new marriages, new life ambitions, etc…) All this resulted in a wide range of emotion on this record. Even though 2020 has turned out to be a real bummer by most metrics, it’s also been a time of unparalleled self-reflection and activism. Our listeners will hopefully pick-up on the general sense of optimism that we feel for the future. After all, things can only get better from here, right? right???

John: Obviously, it’s too late to save 2020 from being the worst year many of us can remember. But, this album has been enormously important to our own sanity, and it will feel good to share that with our listeners regardless.

What made you decide to entitle it Kairos?

Kael: Before we even started writing for our “Chronos” EP in 2017 we had planned a follow-up release that was to be titled “Kairos.” Initially they were to be two EPs released back-to-back. “Chronos” and “Kairos” both greek words that describe “time.” However both words have interesting and unique connotations. “Chronos” being the literal marching of time, like seconds ticking away on a clock, and “Kairos” being a more specific moment in time, the “now.” We liked the significance of “time” as an over-arching theme. Time is something so universal, yet so individual, so rigid and yet also completely relative. It’s infinitely interesting to explore its intricacies, whether from a physics perspective, or cultural, on a macro level, or even micro. It’s just endlessly intriguing! It’s even the subject of R John Williams’ latest scholarly endeavors (expect his book on the topic sometime soon).

John: Yeah, I’m writing this book about philosophies of time, and I hope it’ll see the light of day sometime next year. “Chronos” was, aptly, a sort of in-between time of life changes for us, and “Kairos” has us in a new place, hopefully a good one.

Do you each have a favorite line or lyric off of the album?

Kael: Hands-down my favorite lines come from the last track on the record “Count It Out”

John: for me, it’s Heather singing

“Left the souls of the dead,

in a parking garage,

then we drove them away,

For me, it’s the most haunting moment of the album, gets me every time.

After seeing your previous videos and artwork your visuals are amazing. What role do they play in your music?

Kael: Thank you! Honestly visuals for us tend to be an after-thought, but there have been a few times when we had something specific in mind that we wanted to convey. “Lost Stars” for example, from our 2014 album “Relics” was to be a sort of love song to California. John wrote most of those lyrics from a frosty winter bedroom with bad insulation in New Haven, CT while pining for the warmth and sunshine of So Cal. During production of that song we just kept saying “the video for this should just be a young couple in love, on a road-trip, exploring CA and it’s little gems, like a trinket shop in Ojai.” And that’s exactly what we shot.

John: The search for the right artwork for the album is often more difficult than writing the songs themselves. Of course, we’re songwriters, and that’s a craft we feel very comfortable working in, but  none of us were trained as visual artists. We just know what we like, which isn’t the same as saying we know how to create it. So it’s frequently difficult to find something that matches the feeling we’re cultivating in the music—and there’s no shortage of ideas out there.  Still, we’ve sometimes had to learn how to create the visual effects we want when nothing else seems to match what we’re looking for. It’s a frustrating process, but we’re lucky in always somehow landing on something we all like.

Heather you’re a physician during this pandemic, how do you go about balancing music and being a doctor during this insane time?

Heather: hmm I don’t know if I am doing great at balancing it haha but trying. The medicine side of my life is definitely taken slightly more of a forefront.  Just like anybody else though, you have to learn how to remove yourself mentally from the stress and chaos in the news and the unknown of how to handle Covid.  Music is a great escape so I just try to get it when I can.

Will it influence your music in any way?

Heather:  I can’t say it has affected it directly but maybe more so in the music I’m consuming these days.  Definitely gravitating towards more upbeat, carefree stuff. Since most of the world is or was in quarantine, what are you each doing to pass the time? (New skills, cooking, binging shows, etc.) My vegetable garden is my new baby. And my therapist. Along with just playing my kiddos more.

Since most of the world is or was in quarantine, what are you each doing to pass the time?

Kael: The biggest impact this has had for me has been having my two young boys (ages 3 and 7) home from school with me. It feels like all of my time is now devoted to being a full-time dad. Work and band stuff has had to take a major backseat lately.

John: Until just this week, I was teaching both a summer American Literature class at Yale, and an Intro to Philosophy class at a non-profit education center in New Haven called Beacon Self-Directed Learning. The students are all amazing and brilliant, but it’s been difficult to try to keep things interesting over zoom video streaming. Now that those classes are over, I’m looking forward to reading lots and working on my books.

Do you find it easier or harder to be creative while at home?

Kael: For several years now I’ve worked from home. I built a really nice home-studio and it’s been amazingly productive, up until covid. Like I said though, now it’s mostly just home-schooling and parenting 24/7.

John: Home is where I do most of my creative work now, but it’s odd to be stuck here 24/7, so recently I’ve been driving out to the Long Island Sound and jumping in the water every afternoon. It’s freezing, but really jolts me back into my body and keeps me sane.  I miss swimming laps, and going to the gym, but I am happy to have a gig where I can stay productive at home (lots of people aren’t so lucky!).

Kael: We have a music video that just launched that we’re very excited about. Luckily we filmed it all before COVID shut everything down. And with the kids around I’ve mostly been working on the edit during the wee hours of the night for several months now. After this, I expect to catch up on some much-needed sleep!

John: After this album, we’re also planning on releasing a small EP with some remixes and B sides (Kael doesn’t know this yet, but I’m already recording part of what might be a song for that, haha!). Otherwise, we’re all just hoping that our loved ones stay safe and healthy. We’re not riding out without a mask on, we’re washing our hands, and we’re avoiding social activities. It’s absolutely bizarre to me that such precautions are framed (in red states) as impositions of The Deep State.