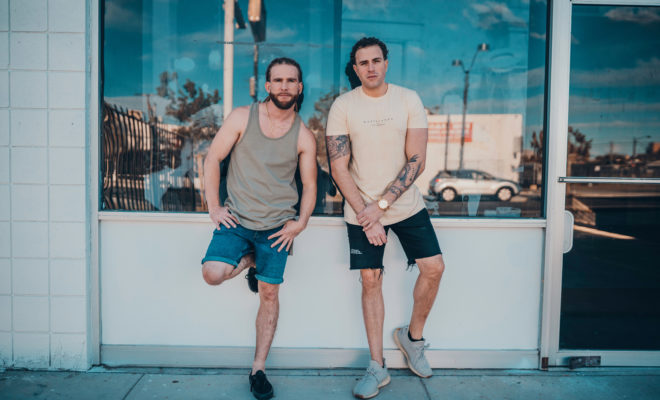 Get to know the guys behind this killer collabortaion!

Buza: No longer is it a crime to mash hip-hop acapella into dance floor packing house tracks. In this arena, Buza leads the pack. This South Florida native, and now Las Vegas resident rides the line between hip-hop and electronic beats in a refreshing hybrid of EDM music he produces. His adrenaline-fueled club hip-hop sound has earned him thousands of fans all over the world, as well as recognition amongst some of dance music’s most elite producers and DJ’s. His remixes and originals have rocked festivals and set the standard for everyone attempting to fuse EDM and hip-hop together. Very few DJs can jump from club sets to high-profile festival performances like Buza. Not bad for a kid whom many viewed as a turntablist. From playing in places all around the UAS and internationally, Buza is unique in his ability to reach the crowd. The goal is to bring an enthusiastic audience, never really knowing what to expect, and capture them with a spontaneous musical event. The guarantee is that no set will ever be choreographed and that your experience will always be different. After years of schlepping vinyl, accumulating air miles and dressing like he’s best friends with Kanye West and Justin Bieber, Buza has finally become the man to call to make the masses dance. Opening for such major acts like Migos, T.I, Rick Ross, Juicy J, Sean Paul, Travis Porter, Vanilla Ice, Stevie B, Motley Crue: Vince Neil and countless others. The party rocking experience is like no other. From rocking huge crowds at West Palm Beach’s Sun Fest this accomplished DJ can control a crowd his energetic and enthusiastic style. Ask him and he’ll tell you that this is the moment he’s been waiting for his whole career.

Eric Remy: An international DJ/Producer that gets people Jumping! He has played and held residence at Downtown Miami’s biggest Night Clubs such as Club Space, Club Heart & The Hanger to name a few. He has traveled overseas bringing that MIAMI VIBE performing alongside the Pimp With The Limp – DJ Laz. Eric Remy has shared the stage with Grammy Award Winning Skrillex, Rapper MadeinTYO, Brillz, Jauz… The list goes on! Eric Remy has been pursuing his passion for over 12 years. “It’s all about the feel good!” “Having People forget about their current situation and enjoy life!” Eric Remy has been playing the background in the Music Industry, Co-Producing tracks with Grammy Award Winning Artists that will soon be disclosed on the release date. Never Sleep on Eric Remy his work ethic on his craft is next level. Eric Remy is called a legend because of the boldness and his level of tolerance in his performance. Not just behind the 1’s & 2’s but being known for running across the Miami Heat Basketball Court and The Miami Dolphins Field being a human billboard. Don’t be surprised if you see him on national television pulling one of his stunts when he’s not behind the Dj Booth.