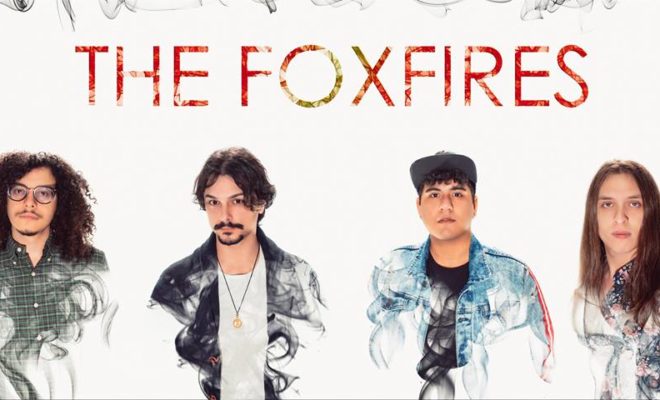 The Foxfires are Seagaze band from New York and New Jersey formed in 2013. Their sound is a blend of Indie Pop/Rock, Folk, Surf Rock, and Shoegaze, with an oceanic ambiance and a positive message. Since their formation they have released 4 singles, 2 EPs, and 1 full length records and performed over 400 shows across the East Coast, South, and Midwest, playing at many events such as their headlining slot at PEX: Summer Fest, PVD Fest, The TCS NYC Marathon, Pittsburgh Pride Fest, Northside Fest, Millennium Music Conference, Singer-Songwriter Cape May Conference, East Coast Music Conference, O+ Fest, Musikfest, Electric City Music Conference, Allentown Arts Fest, Newburgh Illuminated Fest, and Valley Festamongst many others with artist such as Jennifer Hudson, Michale Graves (Former Misfits), Kurt Travis (Former Dance Gavin Dance), Have Mercy, Sparks the Rescue, Pentimento, and Rookie of the Year, amongst countless others. Their music has been featured on radio across the United States as well as parts of Europe and been licensed to the Discovery Networks, Homemade Soul Music, Audiosparx, Roadtrip Nation, and Bring Your Own Board music libraries. 2019 is shaping up to be a big year for the band as they released two singles, Slowdive and Matchless Part Two on February 8th and March 21st, coinciding with the week prior to Valentine’s Day and the Spring Equinox. After performing at Millennium Music Conference in February, the Rock ‘N’ Roll Marathon in Washington D.C. and Singer-Songwriter Cape May Conference this March, The Foxfires will be kicking off May by releasing their third single, this year- Brooklandia at West Fest in Mercy College, followed by the band opening up for Consider the Source, before embarking to Norfolk, VA. Adam will be sitting on a panel before The Foxfires performs at the East Coast Music Conference this May. In June, the band will be performing at the inaugural East X Northeast in Newburgh, NY. Stay tuned!

“Brooklandia is a slow, meditative, atmospheric lament on the hardships of a relationship ending and moving forward, with the uncertainty of what is deemed acceptable or unacceptable while moving on, if you still love that person.”