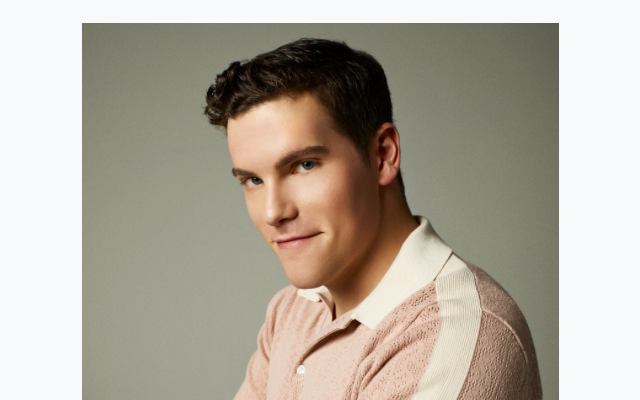 Actor, writer, and producer, Kyle Matthew is certainly one to watch as he just finished filming a guest role on Disney’s Bunk’d, currently is filming a feature film, and was in the film festival circuit for short films “UNINVITED” and “Charlie Hughes”. On top of that, he just graduated USC and is taking classes at the iconic improv school, The Groundlings. We got to chat with him on it all.

Stage Right Secrets:What can you tell us about your upcoming guest role in Disney’s Bunk’d?
Kyle Matthew: Being a part of Disney’s Bunk’d was an absolutely amazing experience. While I, unfortunately, can’t currently discuss any specifics about the role, I can tell you that the entire team on Bunk’d couldn’t have been kinder and more welcoming to me. I’m very excited for everyone to see it when it airs.

When was the eureka moment you realized you wanted to be an actor?
Growing up, I actually was pretty set on being a professional basketball player. I wore NBA sweatbands every day to school, was obsessed with the Lakers, and even had my bar mitzvah theme centered around basketball. It wasn’t until the 8th grade when I decided to officially make the jump from the court to the screen & stage. This was around the time when I won best actor on “Shakespeare Day” at school and also realized my chances of being over 6 foot were slim to none.

How are your classes going at The Groundlings?
Classes at The Groundlings have been challenging, but also SO much fun. It’s given me the opportunity to reconnect with my inner-child and meet incredibly talented people along the way. I’m very much looking forward to continuing my studies once in-person classes are allowed again.

You were part of two films recently that got some festival acclaim. What was that experience like?
Spectacular. As a storyteller, I don’t believe there are many more inspiring places to be than at a film festival. If you happen to be lucky enough to also have a project screening at said festival, it’s priceless.

You also write and produce sketches. How did you get started in that?
The school I went to growing up in Dallas, Greenhill School, had a video production program that I got very involved in during high school (shout out Mr. Doyle). Though my primary passion was always acting, my time in that program gave me the courage to be proactive about writing stories/roles that I wanted to tell/play. That idea was further emboldened when I became a part of a sketch comedy troupe at USC, The Suspenders.

What inspired you to become a “big brother”?
I decided to become involved with Jewish Big Brothers Big Sisters of Los Angeles (JBBSLA) for a few reasons. First, because I wanted to connect more with my Jewish roots. Second, I’m, selfishly, my happiest when I’m doing something for someone else. Thirdly, I’m the baby of my family so being able to be a “big brother” to someone else sounded like fun. My involvement with JBBSLA has been nothing short of spectacular and I highly recommend it to anyone.

What have you been listening to, reading, and watching during quarantine?
When I’m not spending hours scrolling on Tik Tok (a habit I’m not proud of), I’m normally always reading a “self-improvement” book, watching a tv show, and watching a movie or two a week. Currently, I’m reading The Untethered Soul and watching Ted Lasso. Both I’d highly recommend.

What’s next for you?
I’m a firm believer in manifesting, so a lot of very exciting things that I either can’t talk about yet or that haven’t happened/I don’t know about yet.

Related ItemsKyle Matthew
Giselle
← Previous Story The Brothers Osborne On Keeping Busy Amid The Pandemic
Next Story → The Story Behind: ‘In His Arms’ By Miranda Lambert, Jack Ingram, and Jon Randall