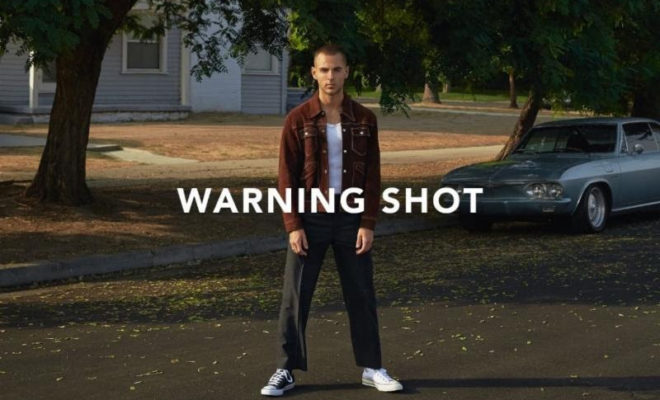 What made you chose Warning Shot as your debut single?

“Warning Shot” is a reflection on all of the different things that I’ve experienced since moving to LA a few years ago. I feel that the song is a perfect introduction to me as an artist. It was hard to choose because I have so many songs that I’m proud of, but I wanted to tell a story and this felt like a great introduction. The slower, darker melodies/lyrics perfectly illustrate what my time was like in LA early on, while the songs that will be releasing soon are brighter and more upbeat.

Walk us through the writing and recording process of the single.

At the time that I wrote “Warning Shot,” I was in a weird place. People from back home were giving me a hard time and I wasn’t sure which direction to go with my music. I felt stuck. I sat down at this beat up old keyboard that I bought when I first moved to LA. I chose the strings function and just started messing around with different chords. I wrote the song in probably 20 minutes – but it was much slower than it is now. It was almost 5 minutes without an intro and outro. I sent the song to my managers/producer and everyone loved it. I got in the studio the next day to start working on it. It took a few days to really get a grasp on what needed to be done to the song but that’s part of the process. I remember listening to the finished version of “Warning Shot” and being really happy. It was one of the first songs that I had professionally recorded and it was such a moving experience – such a unique feeling to hear my voice and lyrics accompanied by such amazing production. It was the first time that I really felt like I was hearing my music produced in a way that reflected my initial intent.

You finished recording your debut EP, how did you go about choosing which songs made the cut?

I write at least one song every day – sometimes I’ll sit down and just bang out 4 or 5. So this was such a hard decision to make. I’ve got a few close people who I send my music to and who kind of help me make these decisions when I can’t. It’s actually hilarious how many times we’ve gone back and forth on who likes what song. It’s become a joke that everyone’s favorite song keeps changing. Even when we finally had a cohesive list of which songs would be on the album, I would write a new song and we would all sit there like “should this replace that other song? Should we move these two around to see how it fits?”. That’s why we actually decided to do an LP instead of an EP. At the end of the day, I’m really just trying to tell a story with as much diversity as I can. I don’t feel I fit into any one specific category as an artist, and the album reflects all of the different parts of me that I want to share with everyone.

Do you have a favorite lyric off of the EP?

My favorite lyric off of the album is actually from the next single. The song is called “Sink or Swim” and funnily enough the lyric is “How come it’s sink or swim?”. I wrote this song about a bad breakup that I had over the summer. I was forced to do some soul-searching and really reflect on things. I realized that we are all so consumed with right and wrong, as if it’s black and white. But that’s not really the case. I spent a lot of time thinking “how come it’s sink or swim? How come things are so black and white?” I came to the realization that they aren’t. 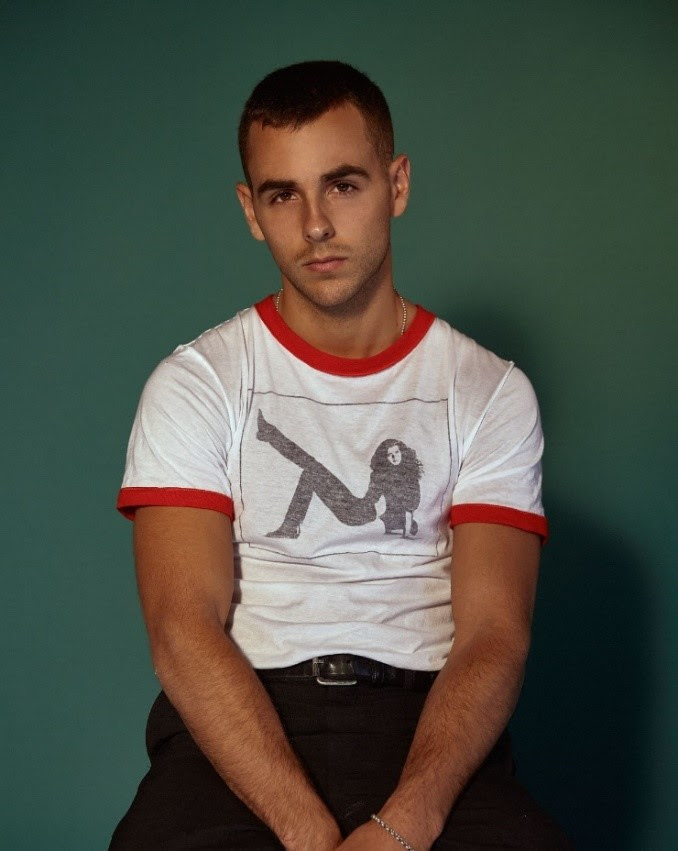 Was there a specific moment when you knew you wanted to make music your full-time job?

Growing up, I was always too scared to pursue music because nobody back home really supported it. It always seemed like everyone would laugh off the idea of me pursuing music because of how “unrealistic” it seemed to them. But then I was in my first year at Bryant University in Rhode Island studying Business and I was home for break with my sister while our parents were out of town for a week. While they were gone, we binged the entirety of the HBO show Entourage and when it was over, we both kind of looked at each other and realized that these characters were doing what we wanted to be doing. I remember thinking about how cool it was that these characters just dropped everything to move to LA and pursue the things that they were passionate about – without asking anyone for permission or looking for acceptance. My sister and I had a serious talk and I came to the realization that I don’t care what anyone else thinks, I just want to be happy and pursue my dreams – regardless of permission or acceptance. So, when our parents got back, we both told them that we were dropping out of the college programs we were enrolled in so that we could pursue the arts – in my case, singing. They were definitely blindsided at first, but after a long conversation they finally understood and gave me both their blessing and support.

Coming from a small town and moving to LA, what were the music scenes like in each place?

They couldn’t be more different. Outside of school choirs there isn’t really a music scene where I grew up. I sang in the chorus in middle school and for one year in high school, but it wasn’t really my scene. Back home, the people I surrounded myself with were mostly into sports and business, but then when I got to LA I was surrounded by musicians and other crazy talented creative people all the time. It was really a culture shock.

Do you have any new year’s resolutions?

In 2019, I really want to get out more. Go see more of the world and start performing these songs outside of the shower or the studio. I’m really excited at the thought of being able to tour once this album drops. Also, on a day to day basis, I’m constantly trying to evolve as a person and an artist. I love learning new things from people and using it to grow. I just want to be the best, most confident version of myself in every single aspect. Cheers to a big 2019, can’t wait for everyone to see what I’ve got cooking over here.