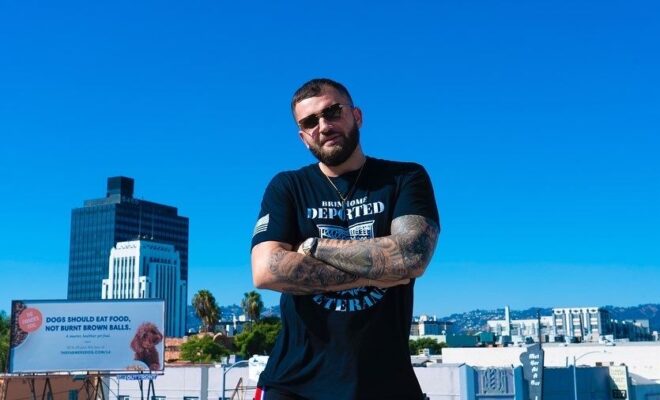 EXCLUSIVE: Drei Ros on His Immigrant Experience with New Single “Excuse My Accent”

We catch up with, Drei Ros, on fighting for human rights and of course new music!

Tell us about your experience as an immigrant.
I moved to the States at the end of 9th grade in high school, and it was a tough transition because I didn’t speak very much English. The first year it was very hard to make friends. Slowly, I adjusted to my new life and started to get into music more and more. I’m really happy I got the chance to move to the US as a teenager and it really changed the course of my life. I was able to start my music career and really flourish in an environment I could only have dreamed of.

Why is fighting for human rights so important to you?
I really believe as artists is our duty to spread positive energy and bring people together. There’s still so much inequality and division even in 2020. The only way we can change things for the generation to come, is by really teaching them and inspiring them to be better and have empathy towards others no matter their race, nationality, or religion.

What do you hope listeners take away from your single, “Excuse My Accent”?
“Excuse My Accent” is more than a song, it’s a movement, it’s a statement. The message behind the song is meant to encourage people to accept others for who they are and to really make people understand that we are all the same. Only together can we offer the next generation and a better future. We believe in the phrase “It Takes A Collective.” It’s the only way for us to get through these hard times the world is currently facing is together. We are doing more outside of the music and we are going to be putting out consistent content as a media platform to highlight the multi-cultural experience of what it means to be human. If the music video doesn’t do it. Trust me eventually the world will get it. So, stay tuned in.

What is the story behind your single “Tables Turn 2.0”?
The song “Tables Turn 2.0” is my first project to involve a lot of different artists from all over the world. Once I finished a demo, I sent it to a bunch of artists and all of them started to send me verses back. Next thing you know, I ended up with 7 artists on the song. It was an interesting recording and mixing process fitting so many artists onto the same song and still keeping it commercial friendly.

Can we expect some more singles or an EP soon?
I just released my new album “Origin” executive produced by 808 Mafia. Right now, I’m working on “Origin 2” which I want to release in the next few months. For now, we’re gonna focus on promoting “Excuse My Accent”, the song, the video and the movement.

You have done a lot of collaborations. Do you have a dream collaborator?
I released “Closer To You” with Sean Paul this year and that was a big accomplishment for me because I’ve been a big fan of Sean since I was little. I have a lot of amazing collaborations in works and I can’t wait to release them. My dream collaborator would be Drake. I think me and Drake could make some hits together.

Do you have any Romanian movies, TV shows, music, etc you can suggest to us? Or any artists of any form for us to know?
I don’t really follow the Romanian scene that much, but as far as artists there is a legendary rap group called BUG Mafia. They are part of my inspiration and what made me start doing music. I hope I will collaborate with them soon.

What do you think the future of live music is going to look like?
I think slowly things will get back to normal and by next year we’re gonna start having performances again. I think more and more the entertainment world will be digitalized and people will stream music and videos more than ever. It’s gonna be a constant adjustment for artists to keep up with the audience and to adjust to the world changes, but I’m ready for the challenge.